“I Honest To God Thought They Meant The Musician”: The Mary Sue’s Fave Comments of the Week 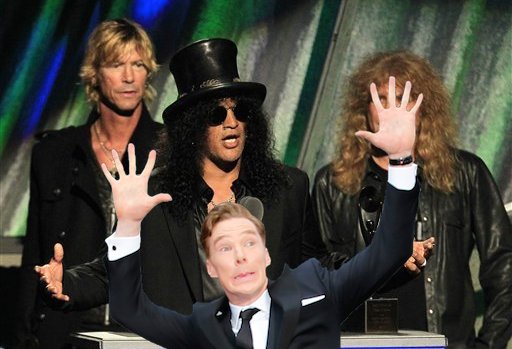 This has been a very, very strange week for us here at The Mary Sue. #Gamergate harassment getting mainstream press attention! An officially announced Wonder Woman solo movie! Jason Momoa doing a haka! Luckily all of you fine people were along for the ride with us, and we can’t thank you enough for that—even if some of you don’t know what “slash” means.

First let’s get our headline inspiration out of the way: looneylad, who might have had some trouble with the fandom meaning of slash. “I… I honest to God thought somebody asked for their opinions on the musician.” Bless you, sweet summer child.

“So, like… Moffat has a binder full of women writers?” -impossiblesouffle, on the recent revelation that Doctor Who showrunner Steven Moffat’s been trying to get a female writer on board for years.

In the midst of some pretty awful news about a possibly massive Snapchat hack, TKS was able to drop some truth bombs: “In the spirit of Columbus Day, someone forced their way into somewhere they weren’t supposed to be, found something that didn’t belong to them, and claimed it as their own.” SNAP.

Aaaaaand we forgot to close the Avatar comments again. Thanks for not spoiling anybody, team. And also, thanks for this:

“My petition to replace Marvel’s Kevin Feige with Paul Feig stands.” -Jon E. Christianson, noting the difference between Feig’s “female Ghostbusters are not gimmicks” attitude with Feige’s “we’re thinking about maybe a BW movie I don’t know whatever” one.

Over on Facebook, Jen Traeger had a bone to pick with us calling Ada Lovelace “rad,” saying, “I would have thought Marie Curie would be more rad.” I SEE WHAT YOU DID THERE AND I DISAPPROVE.

This week we saw some anti-SJs whining over the new Thor in a story about a Google Chrome extension that auto-replaces the phrase “social justice warrior” with “skeleton,” and Aline asked, “Was I the only person who saw this and wanted one to change Thor to Snortblat?” Quick, does anyone know how to make Google Chrome extensions? I have a genius idea.

Speaking of great ideas, Janna has one about Doctor Strange casting: “Since being rumored to be the Doctor Strange movie’s leading man is so in right now and not a terribly exclusive club, might I recommend my guinea pig Kenny? He doesn’t have a lot of onscreen experience, but he successfully managed (in my opinion) to convey childhood wonder in photographs last Christmas when I made him pose next to a tiny Christmas tree. Kenny’s only demands are no nail trimmings or baths during production. He would like to be paid in green bell pepper and cilantro.”

Finally, the (hopefully) last comment we see on #Gamergate, and it’s a good’un: