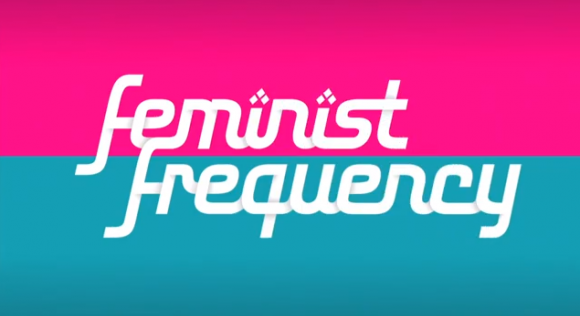 Well, it’s finally happened. Feminist Frequency’s Anita Sarkeesian, who’s long been a target of harassment and abuse for her work on how women are portrayed in video games, was forced to cancel a public appearance due to safety concerns in light of a threat against her and the institution where she was scheduled to speak. Trigger warning for violence, particularly violence against women.

According to student-run newspaper the Standard Examiner, the author threatened the school with “”the deadliest school shooting in American history” and said that, “feminists have ruined my life and I will have my revenge, for my sake and the sake of all the others they’ve wronged.” Local press outlet Deseret News also notes that the author specifically invoked the Montreal Massacre gunman by name, referring to a 1989 campus shooting at the École Polytechnique in Canada where fourteen women were killed by a 25-year-old man claiming to be “fighting feminism.”

Despite these threats, the event was scheduled to continue anyway until Sarkeesian requested a higher level of security and was told by school officials that they were not permitted to ban concealed weapons from the premises. “In accordance with the State of Utah law regarding the carrying of firearms,” the statement from USU reads, “if a person has a valid concealed firearm permit and is carrying a weapon, they are permitted to have it at the venue.”

In light of this, Anita Sarkeesian cancelled the event for the safety of those who would have been in attendance, and took to Twitter to discuss her decision.

Forced to cancel my talk at USU after receiving death threats because police wouldn’t take steps to prevent concealed firearms at the event.

To be clear: I didn’t cancel my USU talk because of terrorist threats, I canceled because I didn’t feel the security measures were adequate. — Feminist Frequency (@femfreq) October 15, 2014

Sarkeesian also disclosed that other threats had been made against her and USU, and that one claimed affiliation with #GamerGate, the now months-long campaign for “journalistic integrity” that has the unfortunate side effect of increasing and even encouraging harassment against mostly female indie game developers and journalists.

“At this point supporting #gamergate is implicitly supporting the harassment of women in the gaming industry,” Sarkeesian said in another tweet.

Now that the event has been cancelled, USU has confirmed that there is no lingering threat to students on campus; the FBI Cyber Terrorism Task Force is now working with both school and Utah state officials, and confirmed to the Student Examiner that the threats made are similar to others that have been made against Sarkeesian in the past.

Meanwhile on the Internet, Twitter users frustrated with the news of yet another death threat against Sarkeesian began using the hashtag #StopGamergate2014 to express their concerns over the volatile and destructive nature of the #Gamergate campaign:

#StopGamerGate2014 Because enough smart, lovely people have already been driven out of games. The movement is harmful, even if you aren’t. — Davin IS BEHIND YOU (@onidavin) October 15, 2014

#StopGamerGate2014 because if you want better ethics, you’ve kind of proving you don’t understand moral priorities by using a poison banner.

#StopGamerGate2014 Criticism is not “a war on gamers.” Diversity is not “a SJW agenda.” Harassment and terror is not “a consumer movement.”

At time of writing, #StopGamergate2014 is still the number one trending hashtag across the United States, and many mainstream press outlets over the past few days have started to weigh in on the abuse that’s now become almost synonymous with Gamergate—including The Washington Post, and, as we noted yesterday, MSNBC and CNN.

Regardless of any good intentions that those actually invested in game ethics might have, they are doing a disservice to their own motives by aligning themselves with #Gamergate. It’s become clear that the toxic aspects of #Gamergate are now threatening not just women and marginalized voices in gaming, but the entire medium itself in the eyes of the non-gaming public.