Paul Feig Says Having Women Ghostbusters In His Reboot Is Not A Gimmick, Reveals His Plan 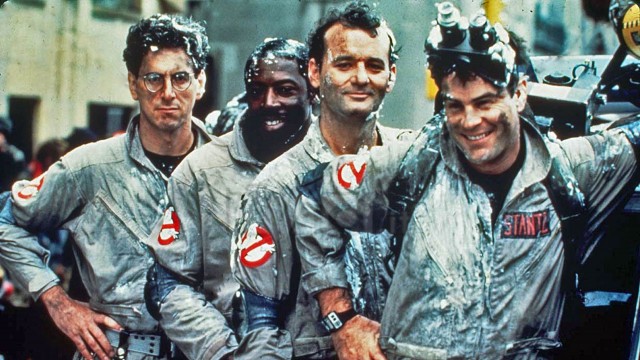 Yesterday we finally got confirmation of Ghostbusters 3 featuring women as the Ghostbusters. Today, Paul Feig informs us the film is absolutely a reboot and fills us in on what he has in store.

Yesterday’s news actually began with us learning Feig’s The Heat co-writer Katie Dippold would also be writing with him on Ghostbusters 3. But in a lengthy interview with Entertainment Weekly, Feig gave a few insights into his vision.

He told them he was hesitant at first because the first two films are such classics and Sony Pictures co-chair Amy Pascal even told him no one else wanted to touch it either but:

It’s a shame to just let this thing sit there. I want to see another one. My favorite thing to do is work with funny women. I was like, what if it was an all female cast? If they were all women? Suddenly, my mind kind of exploded: that would be really fun. And then I thought, well, what if we just make it new? It’s not coming into the world that existed before. It’s always hard if the world has gone through this big ghost attack, how do you do it again? I wanted to come into our world where there’s talk of ghosts but they’re not really credible, and so what would happen in our world if this happened today?

But Feig also doesn’t want to crap all over your childhood (as many are quick to react), “I love the first one so much I don’t want to do anything to ruin the memory of that. So it just felt like, let’s just restart it because then we can have new dynamics. I want the technology to be even cooler. I want it to be really scary.”

But what about the people who say they don’t want to see women as Ghostbusters? (You remember the self-proclaimed “film chauvinist” right?)

I just don’t understand why it’s ever an issue anymore. I’ve promoted both Bridesmaids and The Heat and myself and my cast are still hit constantly with the question, “will this answer the question of whether women can be funny?” I really cannot believe we’re still having this conversation. Some people accused it of kind of being a gimmick and it’s like, it would be a gimmick if I wasn’t somebody whose brain doesn’t automatically go to like, I want to just do more stuff with women. I just find funny women so great. For me it’s just more of a no-brainer. I just go, what would make me excited to do it? I go: four female Ghostbusters to me is really fun. I want to see that dynamic. I want to see that energy and that type of comedy and them going up against these ghosts and going up against human detractors and rivals and that kind of thing. When people accuse it of being a gimmick I go, why is a movie starring women considered a gimmick and a movie starring men is just a normal movie?

“We have a very rough, rough outline that we’re working with, but definitely know the basic story, know what we want the basic characters to do, know what we want the world to do and what the rules of our world are, but nothing I want to discuss obviously,” he continued. “I’m a big hardware nerd when it comes to sci-fi and all of that so I love all the gear and I love all that. We’re really going to have fun with playing with the science of it. I think fans will be very happy with what we do”

EW tried to get him to drop some possible names for the cast but all he offered was:

For me there’s so many ways I can go with this because there are so many funny women that’s going to be the hardest thing to narrow down is who to put in. I’ve got a lot of ideas on that but nobody set in stone. That’s part of the fun for me is figuring out what’s the best combo, what’s going to be relevant and fun. Bottom line: I just want the best, funniest cast.

Considering they’re starting over, would there be any room for the original cast to show up?

“I mean, look, those are my comedy heroes. So as far as I’m concerned, anybody wants to come back I welcome with open arms,” he told EW. “It would just be in different roles now, but it would be fun to figure out how to do that.”