What We Know About The "Snappening" Snapchat Hack | The Mary Sue

What We Know About The Supposed “Snappening” Snapchat Hack 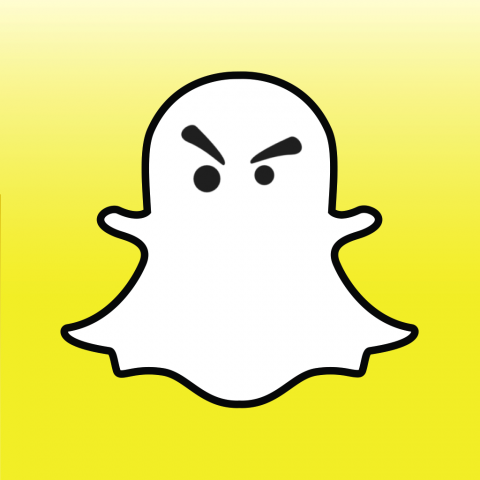 Short version: not much, but it still really sucks. I mean, did Jennifer Lawrence’s heartfelt words about violating personal property teach the Internet nothing?

In what’s  being called “the Snappening” on 4Chan, because the sort of people who relish in others’ unauthorized nude photos hitting the internet without their consent are not particularly creative when it comes to naming these occurrences (although I suppose it’s better than SnapGate), a new round of private photos distributed through Snapchat have been uploaded online. Not everyone utilizes the service to distribute nudes, of course, but many do, to the point where the app has a reputation for just such usage—and most Snapchat users are between the ages of 13 and 17, which doesn’t bode well for the content of what we might be dealing with.

The breach came not from Snapchat itself but from a third party app called Snapsaved, who maintains that the initial reports of “thousands” of photos depicting nude and underage users—up to 12 GB or 200,000 images, according to some sources—have been greatly exaggerated.

“As soon as we discovered the breach in our systems, we immediately deleted the entire website and the database associated with it,” they said in a statement on Facebook. “As far as we can tell, the breach has effected [sic] 500MB of images, and 0 personal information from the database.”

“The recent rumors about the snappening are a hoax,” the post added, referring to the aforementioned 12GB that many press outlets ran with. The initial source  of this number appears to be Kenny Withers, a “social media strategist” who maintains that the images will soon be uploaded onto a searchable site. (His website’s servers appear to have crashed). “The hacker does not have sufficient information to live up to his claims of creating a searchable Database.”

According to Ars Technica, however, the story might be different: a mysterious user known as “Riot” wrote to the tech website offering to sell them a torrent of the “snappening” files, which had previously been hosted on viralpop.com before the website was yanked. Obviously this can’t be verified unless Ars Technica or some other website chooses to take them up on the offer, but here’s what they say they have:

“Riot” claims that the contents of the torrent appear to be the full contents of the server, based on timestamps and other data, and includes 88,521 still images and 9,173 videos, totalling 12.9 gigabytes. “It does not appear to be possible to correlate files to snapchat usernames in the majority of cases,” he said in an email to Ars, “with the exception of 320 usernames for which files have been saved in a different naming format, specifying the username in each case.” Those 320 usernames have been posted to Pastebin.

Regardless of exactly how much was stolen from Snapchat users, it appears that those who run Snapchat have no sympathy for what does get stolen. Here’s their statement to Business Insider:

We can confirm that Snapchat’s servers were never breached and were not the source of these leaks. Snapchatters were victimized by their use of third-party apps to send and receive Snaps, a practice that we expressly prohibit in our Terms of Use precisely because they compromise our users’ security. We vigilantly monitor the App Store and Google Play for illegal third-party apps and have succeeded in getting many of these removed.

Jeez, guys, not even a “We’re sorry to those who were affected?” Then again, given how often Snapchat faces security problems, we shouldn’t have expected much else.

Hopefully Snapsaved is right and the damage this time around is not actually as immense and widespread as it seemed when this news first broke on Friday. But even if it isn’t, it’s part of a much wider problem of online security and the callous objectification/commodification of non-consenting individuals, which social media companies and lawmaking bodies will eventually have to address.