Ada Lovelace Day: A Brief History Of Her EXTREME RADNESS | The Mary Sue

It’s Ada Lovelace Day, So Here’s A Brief History Of Her EXTREME RADNESS

How can one human be SO RAD?! 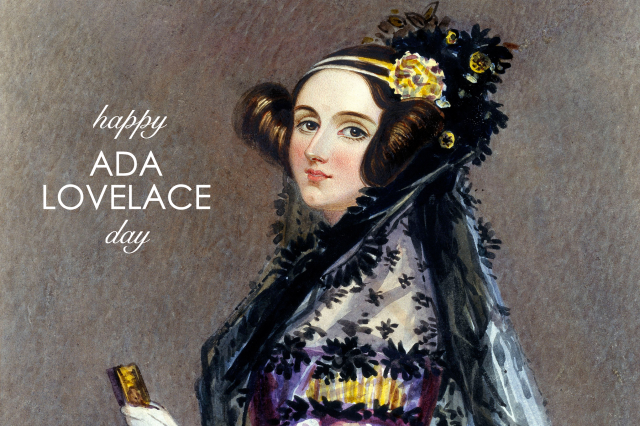 Hey ladies, next time some troll gets in your internet-face and tries to be like LOL GIRLS JUST LIKE COMPUTERS FOR ATTENTION or WOMEN DON’T KNOW HOW TO CODE UGH or anything equally ridiculous, I want you to get a picture of Ada Lovelace, tape it to a digital brick, and throw it in their general direction. Because GUESS WHAT GATEKEEPER BROS, want to know who wrote the first-ever computer program? It was A LADY NAMED ADA. OOPS.

Ada was born in 1815, the only legitimate child of poet/loveable whack-job Lord Byron (you know, the guy who hung out with Shelley and Keats? And wrote Don Juan and Childe Harold? And then went a bit nuts and tried to take over Greece? Yeah, that guy). Ada never met her father, since he was off being kind of nuts, and her mother was like “Ada, you are ONLY learning MATH and SCIENCE lest you become like your CRAZY FATHER by indulging in EVIL POETRY.” 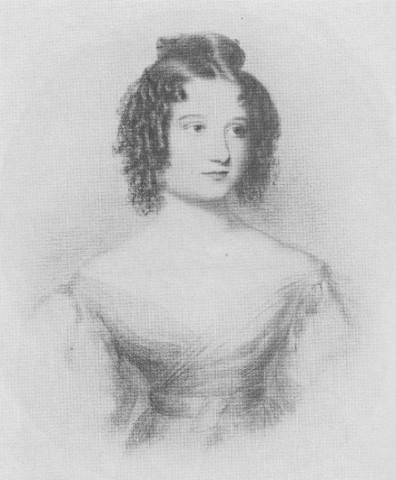 But you just couldn’t hold Ada down because she did what she wanted to, you know? Ill a bunch as a child (and not like, “the illest” or whatever; like, ACTUALLY sick), Ada spent a lot of time reading (shout-out to frail, shy kids that read a lot of books) and developing her interest in the sciences. But fascinated by stories of her father, Ada wasn’t all about numbers – at 12, she decided that she wanted to fly, and used her wild imagination and scientific know-how to design a pair of mechanical wings, so basically she INVENTED Steampunk. By 18, she was having an affair with her tutor (YEAH SHE DID), but Ada’s mother covered it all up by sending her to court and marrying her off to a Baron, with whom she would have three kids but WHATEVER.

But do you think Ada let the married life slow her down HELL NAW SHE DIDN’T. She loved gambling and parties, and her chillness with dudes meant she was often followed by scandalous gossip (some things never change, amiright?). Obsessed with fairies and the “unseen worlds around us,” Ada would come to describe herself as an “Analyst (& Metaphysician),” studying “poetical science,” and publishing papers about how the brain creates thoughts and how music relates to math. Holy DAMN try to tell me that’s not kick-ass because I WON’T BELIEVE YOU. 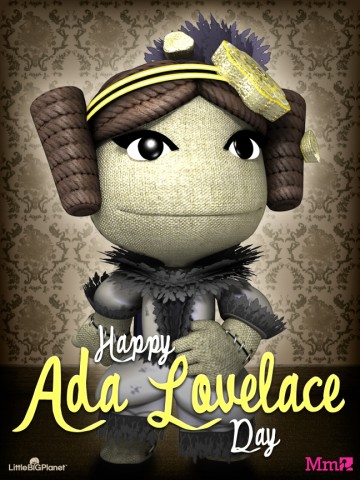 SPEAKING of Steampunk, in 1833 Ada met mathematician Charles Babbage, whose name tells me he may or may not have stepped directly out of a volume of Harry Potter. Charles had invented a very, very early kind of computer – essentially just a giant mechanical calculator – called The Difference Engine. But Charles – who adorably called Ada “The Enchantress of Numbers” – wasn’t stopping there; he went on to create a prototype for a more advanced computer/calculator called The Analytical Engine.

Unsurprisingly, given that Ada loved all kinds of wacky, Steampunky things and this machine was called THE ANALYTICAL ENGINE, hello, she studied it at length, publishing her own notes on the prototype computer. These notes included a very specific algorithm that, using punch cards, she was pretty sure would teach the Analytical Engine how to calculate a series of Bernoulli Numbers. Had the engine ever come into being, Ada’s idea would have executed FLAWLESSLY. And do you know what that means?

The other cool thing you should PROBABLY know about Ada for future troll-hunting is that, at the time, everyone (including Charles) was pretty sure that these engines were only good for one thing – crunching numbers. Ada, with her poetical science brain, was the first person to predict that, hey, maybe these computer-machines might one day be able to do more, like compose music. She basically predicted the capabilities of the modern computer. And she was a STONE-COLD FOX, to boot.

Ada’s notes would go on to be pretty important, seeing as they influenced Alan Turing’s work on the FIRST REAL COMPUTERS in the 1940s. The US Department of Defense has a computer language named after her, and there’s a day dedicated to Ada every October (THAT’S TODAY HI), meant to help raise the profile of women in STEM. So what are you waiting for? Have a printed stack of Ada photos at the ready.

And also some digital bricks, probably, but don’t tell anyone it was my idea.

Sam loves Ada Lovelace a lot, so she recommends you check out Kate Beaton’s great Hark! A Vagrant comic about Ada right here, and that you also take a peek at 2D Goggles; or, The Thrilling Adventures of Lovelace and Babbage, a sweet webcomic coming to a bookstore near you this April.