In which we meet Stepford Zuko. 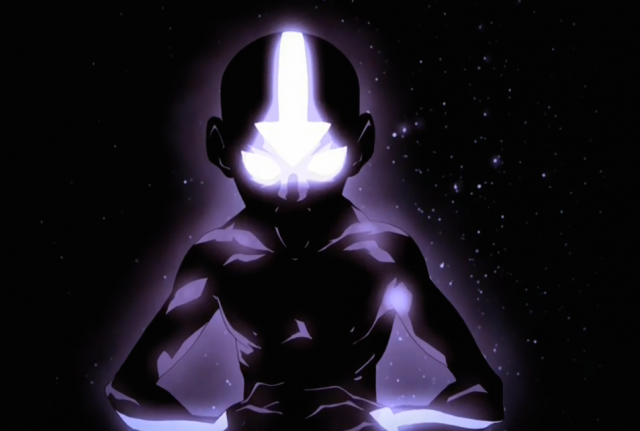 This episode starts with Zuko being unusually chipper—apparently he’s gotten through his bullshit sickness (I get where you were doing with that, ATLA, but that is not how science works—she says to a show where people can move rocks with their minds) and has come out the other side a hippie-dippie optimist who likes tea and sunshine and warm hugs. 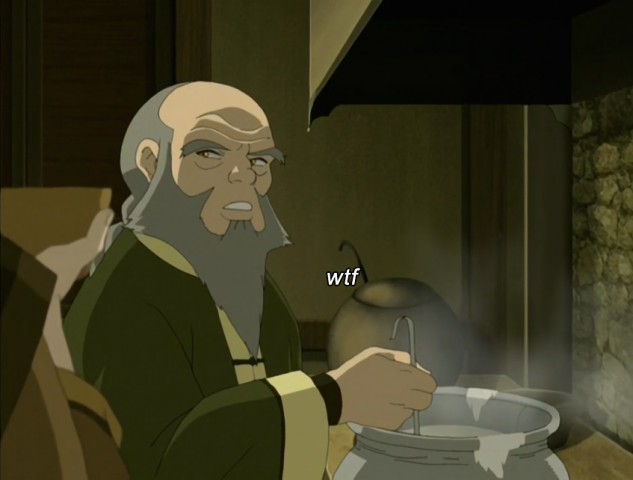 Things are also going suspiciously well for Sokka: He’s really nervous about seeing his dad for the first time since all this Avatar malarkey stated, but it turns out he needn’t have been, because his dad’s a total champ who hugs his son and says he’s proud of him and tells bad jokes like he does and says he’s a grown-up warrior now and MY TEARS, MY TEARS, ALL MY TEARS.

Back in the Ba Sing Se, the Earth King’s advisors have realized, “Hey, this teenage girl who showed up with the Avatar really knows, like, 100% of her shit” and invited Katara to sit on the war council. Or at least to observe it. Which is pretty fucking rad, because again—teenage girl. Aang’s great and all, but I really want every bard in a 100-mile radius of Ba Sing Se to write odes to Katara’s greatness, only to close with the line: “…and she was friends with the Avatar, he was cool too I guess.”

Speaking of Aang, his entire plotline this episode is “Aang visits Guru Patik and deals with his shit.” That’s it. There are chakras involved. And onion and banana juice, which sounds entirely yuck.

The only good guy who starts this episode in a bad place was Toph, who was captured by her father’s Two Stooges inside a metal cage. And boy-o, she is pissed. But the wrestling ringleader guy isn’t concerned: “You  might think you’re the greatest earthbender in the world, but even you can’t bend metal!,” he sneers.

Yeah, I knew the bit about Toph becoming the first metalbender. I know some things. But anyway. That’s what happens for her this episode—she decides “fuck this being captured shit, I’m going to see if I can metalbend.” And then she metalbends and comes out of her cage . It’s amazing. 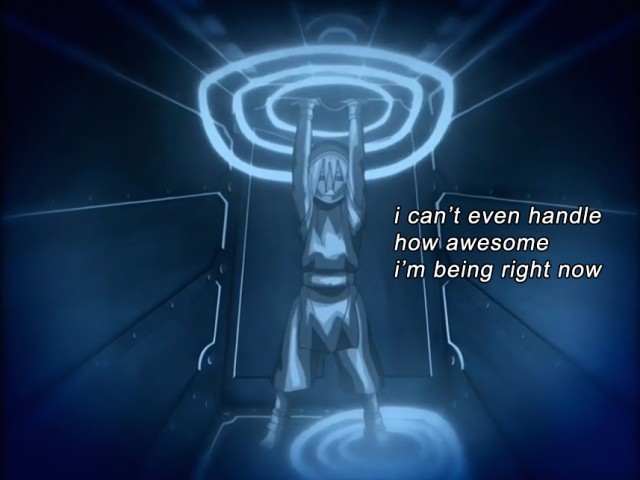 So that’s what’s going on with the good guys this episode. What about the bad guys? Azula has the Earth King completely under her thumb—he has no idea that they’re Fire Nation secret agents, because subterfuge isn’t his thing. Petting bears is. And I can respect that.

Anyway, Azula knows that there’s a fault line (haha) in Ba Sing Se’s political system, namely that the Dai Lee is still loyal to Long Feng. She’s going to use the Dai Lee to overthrow the Earth King so she can take Ba Sing Se in the name of her father. To do that, she basically makes Long Feng think he’s using her, when really she’s in control of the situation the entire time. Basically, Azula has this shit on lockdown.

Katara, on her way to deliver a scroll to the Earth King, happens to stop at Iroh’s tea shop, where she sees Iroh and Stepford Zuko and reasonably assumes them to be Fire Nation agents. She doesn’t know any better. SHE DOESN’T KNOW ZUKO’S PAIN! So skedaddles to tell the “Kyoshi Warriors” that “Christ on a bicycle, Zuko and Iroh are in to—YOU’RE NOT KYOSHI WARRIORS.” So now Katara’s been captured, and Azula–who has Long Feng wrapped about her perfectly manicured pointy nail—invites Zuko and Iroh to the palace to  try and kill them, probably.

Meanwhile, at the Eastern Air Temple, Aang’s gotten to the last chakra he has to unblock so he can control the Avatar state: the one about “earthly attachments,” specifically his giant crush on Katara. However, the “cosmic power” he’s trying to harness tells him Katara’s in trouble, so now he has a choice to make: Let go of what he feels for Katara and become a more powerful Avatar, or rescue his friend and never be able to go into the Avatar state again. Predictably, he chooses Katara. On his way back to Ba Sing Se he picks up Sokka, who was just about to go fight some Fire Nation peeps with his dad.

So… Sokka and Katara’s dad is gonna die, right?

Or something bad is going to happen to him. I feel that in my soul. Nothing much happened with Sokka this ep, so I feel like all the father-son relationship-building is going to lead to something bad. Don’t introduce Papa Sokka (and Papa Katara, but that’s not so fun to say) and kill him right after, so help me.

EDIT: Oh screw it, I keep forgetting to turn off comments. You guys do want you want. Just don’t tell me that Aang has been M. Night Shyamalan THE WHOLE TIME!