Our Books, Our Shelves: An Exploration of Show and Tell 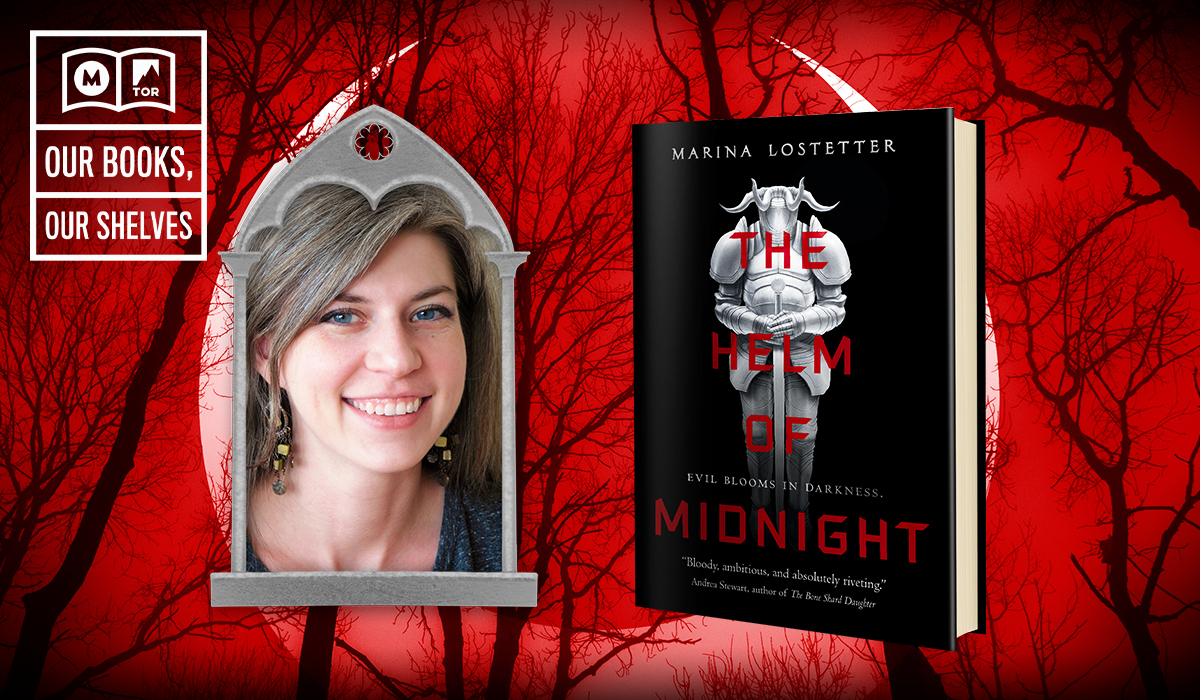 There are few things authors both hate to love and love to hate like maxims about writing. Writing maxims are pithy bits of wisdom that, while memorable, often become meaningless without further explanation. Some standout examples include: “write what you know,” “kill your darlings,” and “eliminate all passive voice.”

These maxims sound like directives, are often misconstrued by newer writers as ‘rules,’ and are easily misinterpreted. I could write an essay on each, but today I’d like to focus on my favorite: “show don’t tell.”

It’s my favorite because I find it the most useful. But it’s also one that’s incredibly easy to misunderstand, largely because it’s got a very problematic word right there in the middle: don’t.

Stories are about show and tell. They’re both necessary tools in a writer’s toolbox, so it makes little sense to favor one and get rid of the other altogether. And, like all tools, they work best when employed properly. What’s important is when to apply “show” and when to apply “tell.”

When. Because “show don’t tell” is fundamentally about time.

Showing—time stretching—is all in the detail. It’s about zooming in on certain aspects of a moment. While telling—time condensing—is all about the opposite. Using them together effectively is about pinpointing the moments that are the most vital, and allowing your reader to dwell there—in order to give those moments weight and meaning—while letting other moments blur and fly by.

Of course, that’s not as pithy, and it shifts the responsibility of the adage’s effectiveness from the maxim itself to the listener. If “show don’t tell” is a directive, then it’s simply up to you, the writer, to follow orders. It implies that if you keep on showing, then you’re doing the “right” thing the “right” way.

My aforementioned interpretation places the responsibility squarely on each individual writer’s judgment. You have to understand what’s important in your story.

Case in point. “Show don’t tell” is often paired with an example about a character’s emotional state. The sentence, “He was angry,” tells you about the character’s feelings. But it doesn’t show them. If you want the reader to really feel the character’s anger, you might instead look to describe the character’s physical response, the type of anger he’s experiencing, or his direct thoughts related to his anger. You might use words that describe how fast his heart was pounding, how much his eyes were bulging, how firmly his teeth were grinding, how tightly his fists were clenching, or how heatedly he was stomping.

But “He was angry” is not a fundamentally bad sentence. There’s nothing wrong with it. It conveys information. It’s direct. It’s perfectly functional.

That depends on what you want to emphasize. What moments you want to stretch or condense, depending on your story, and what reaction you want your reader to have. If you want your audience to feel his anger, “He was angry” won’t cut it. If his anger is the crux of the scene, then the time spent on his anger needs to stretch. A spotlight needs to be put on his feelings, and the reader needs to stew in his anger via words that are evocative and emotional in and of themselves.

Or instead of an emotion, let’s consider a journey from one city to the next. To one author, the journey might be the story. The novel might cover nearly every moment from the day the characters set out to the day they arrive. To another author, a similar journey might be nothing more than a transition, best summarized in a single sentence.

It’s the author’s job to know when to focus and how to focus.

Failing to emphasize what’s important means the reader will fail to connect with its importance. Drawing out the unimportant means the reader will assign significance to things that aren’t significant at all. It’s vital to understand that readers assign importance to things we as writers tell them to pay attention to. We direct their attention with our word choice and our level of detail and the amount of time we spend on any one given aspect of a story.

My first novel, Noumenon, is about an interstellar convoy on its way to investigate a giant alien construct, and the story takes place over approximately four thousand years. The entire series? Over one hundred thousand years. If I’d decided I absolutely had to show everything, I’d still be sitting in chapter one. If I’d simply decided to skip over the journey to focus just on the convoy’s destination, I would have skipped over the bulk of my story.

In contrast, my latest novel, The Helm of Midnight—about a stolen enchantment that houses the spirit of a long-dead serial killer—takes place over ten days. The story’s focus is extremely narrow compared to Noumenon, but the book itself is longer than any individual novel in my Noumenon series.

I like reminding myself, show don’t tell, because it helps me pinpoint what I’m trying to do in any given scene. It helps me determine what to highlight, what to summarize, and what to let go of entirely. It helps me to remember to trap my readers in specific moments while allowing them to disregard whole days—or years, or millennia.

Stories are as much about what we don’t show as what we do. Where we choose to focus and what we choose to skip are essential to the rhythm of the story. Just like in music, dynamics create emphasis and interest—they create a more emotional experience and a deeper connection between audience and artist.

Show and tell. How and when are up to you.

In a daring and deadly heist, thieves have made away with an artifact of terrible power—the death mask of Louis Charbon. Made by a master craftsman, it is imbued with the spirit of a monster from history, a serial murderer who terrorized the city.

Now Charbon is loose once more, killing from beyond the grave. But these murders are different from before, not simply random but the work of a deliberate mind probing for answers to a sinister question.It is up to Krona Hirvath and her fellow Regulators to enter the mind of madness to stop this insatiable killer while facing the terrible truths left in his wake.

About the Author:
Marina Lostetter (she/her) is the author of Noumenon and Noumenon: Infinity. The Helm of Midnight is her first foray into fantasy. Originally from Oregon, she now resides in Arkansas with her husband, Alex. When not writing or drawing she can often be found reading speculative fiction, or playing it (she enjoys a good zombie-themed board game now and again). And she does it all while globetrotting.