Our Books, Our Shelves: Art in the Year of Calamities 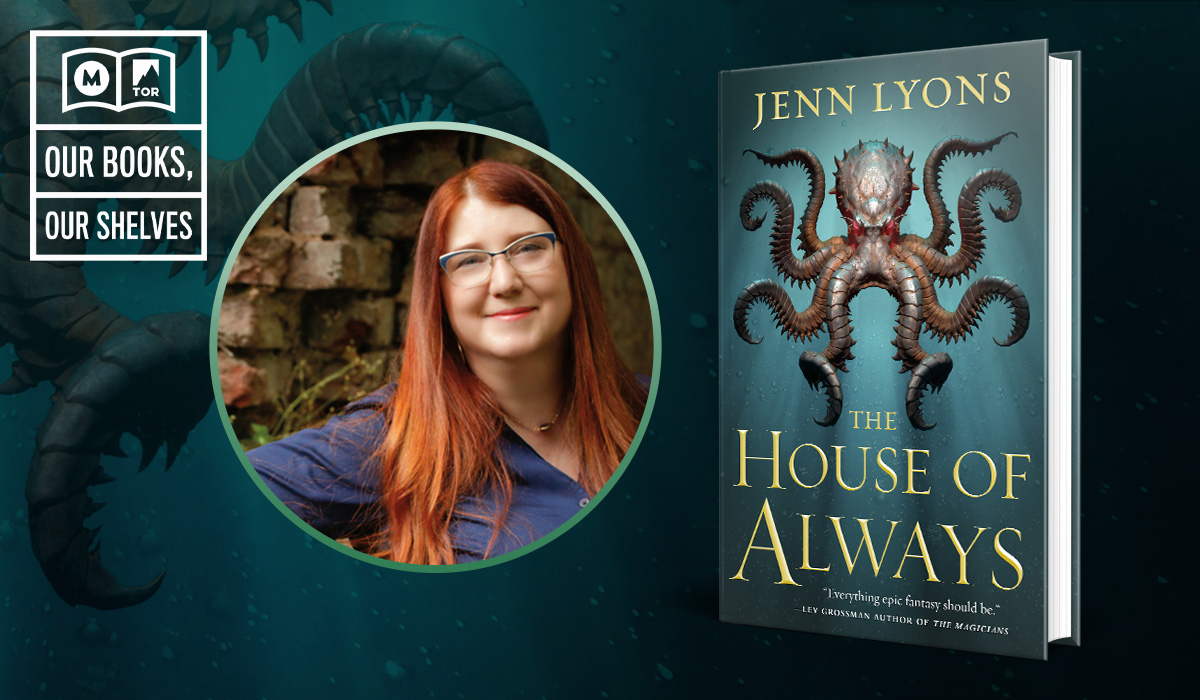 Normally, artists of all sorts excel at transforming negative energy. We channel the darker emotions of the human condition into our work, create pieces of brutal, sincere honesty. Anger, fear, despair, and heartbreak spun into chrysalis and transformed into art. In 2020, I discovered there are limits to my skills at artistic alchemy.

Dear god, there are limits.

Someone complimented me recently for how productive I was in 2020. I finished a book, after all, right? I laughed, fighting down the impulse to explain that I’d been anything but productive. Because while I had great days (see April when I wrote 30,000 words in 72 hours) for so many more I couldn’t force myself to write for any incentive. It was all I could do to force myself to wake up, shower, and eat.

I don’t need to spell out how many decades passed last year. We aged.

I learned how short-sighted the human animal is—as well as how cruel and how selfish. None of this was new—the system has been broken for years—but it became impossible for me to ignore in 2020. Issues of race, gender, and sexuality have been interwoven with politics in a manner unusual only in that it’s finally being acknowledged. The elephant was always in the room. On Twitter, my fellow writers joked that if any of us had tried to create a story packed with this much pure trash fire, any editor would be forgiven for returning it as ‘unrealistic.’

There are a lot of reasons 2020’s disasters hit so hard, but I think one of the largest—subtle, difficult to pin down—has been the inability to physically comfort each other. I remember going down to the 3rd street Promenade in Santa Monica after 9/11. I’d just needed to get away from a computer, get away from the relentless march of the grim and dying when I could do nothing, when I was literally on the opposite coast. The street was crowded to overflowing, people wandering numb. I watched as people burst into tears, everyone comforting each other. Similarly, with the Northridge Earthquake, where a stranger in my apartment complex set up his camping kit and brewed coffee for the rest of us, all skittish about staying indoors, none of us with electricity. People hugged. People cried. We never considered what a privilege it might be to touch, and by extension to find connection.

Until the capstone calamity of 2020, Covid-19, stripped that from us.

There’s a level of numb exhaustion at work that cannot be ignored. The human animal is also, as it turns out, not designed to stay under life-threatening stresses for this long. We need to reassure each other. When we can’t, there’s a price.

But, if there’s a takeaway to be had, I think it might be this: do not feel guilt over what you’ve had to do to survive. (I’m not talking about the excuses someone might make for mixing in public without a mask. Those people should feel bad.) But the times where you might have been less than productive? Where you might have spent a week playing Crusader Kings III just to see if you could engineer every royal family in Europe to be part of a secret coven of witches? Or perhaps binged a ton of Chinese fantasy fan fiction but didn’t even touch the To-Be-Read pile of books waiting for you? Or perhaps decided to teach yourself stenography and upholstery, not because you had more free time than usual but just because you desperately needed to do something which required too much focus to think about the state of the world?

Okay, maybe those examples are less your coping mechanisms than mine, but you get the idea.

Don’t feel bad about what you had to do. We toss terms like ‘self-care’ around a lot these days, but 2020 was the year where we really needed to treat the idea as something more than an excuse to sleep in on the weekends or have that bowl of ice cream. The stresses of 2020—the dangers of 2020—were very real. It was not a year for creating as much as it was a year for surviving. A shocking number of us didn’t, and it’s far from over.

Now, though, we can settle in and begin the work of synthesis, of alchemy, of turning that trauma into something brutally honest and beautiful and sincere. We can inspire. We can, once again, have hope.

If 2020 has taught me anything, it’s that artists are a stubborn lot.

Jenn Lyons is the author of The House of Always, book 4 in the epic 5 book Chorus of Dragons series that began with The Ruin of Kings. Lyons was a graphic artist and illustrator for 20 years before working as a video game producer on projects ranging from indie projects and slot-machine games to AAA titles for EA. In 2020, she was nominated for the Astounding Award for Best New Writer. Visit her online on her website (jennlyons.com) or follow her on Twitter (@jennlyonsauthor).