Our Books, Our Shelves: Bestselling Author John Scalzi Talks the End of Everything 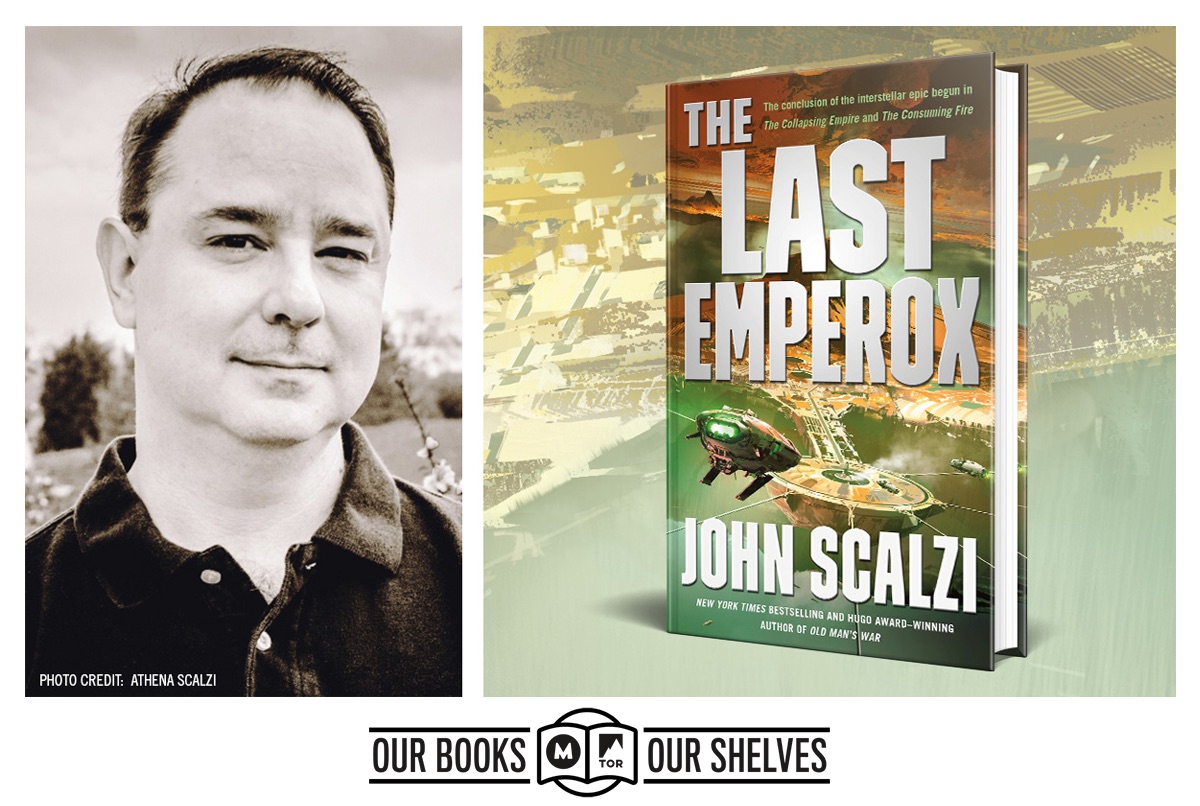 The collapse of The Flow, the interstellar pathway between the planets of the Interdependency, has accelerated. Entire star systems―and billions of people―are becoming cut off from the rest of human civilization. This collapse was foretold through scientific prediction . . . and yet, even as the evidence is obvious and insurmountable, many still try to rationalize, delay and profit from these final days of one of the greatest empires humanity has ever known.

Grayland II has finally wrested control of her empire, but her allies dwindle and she must become the savior of her civilization… or be remembered as the last emperox.

John Scalzi sat down with us to discuss bringing his Interdependency series to a close, how to talk science fiction with friends who don’t think they like it, and some unexpected fun.

The Last Emperox is available now, wherever books are sold online.

JOHN SCALZI is the author of several SF novels including his massively successful bestselling Old Man’s War sequence, comprising Old Man’s War, The Ghost Brigades, The Last Colony (a New York Times bestseller), Zoe’s Tale, The Human Division​, and The End of All Things​. His other novels include the New York Times bestsellers Lock In, Fuzzy Nation and Redshirts; the latter novel won science fiction’s Hugo Award in 2013. He also won a Hugo Award for Your Hate Mail Will Be Graded, a collection of essays from his popular blog Whatever (whatever.scalzi.com).