Our Books, Our Shelves: BE A QUITTER, or HOW TO WRITE THE NOVEL OF YOUR HEART 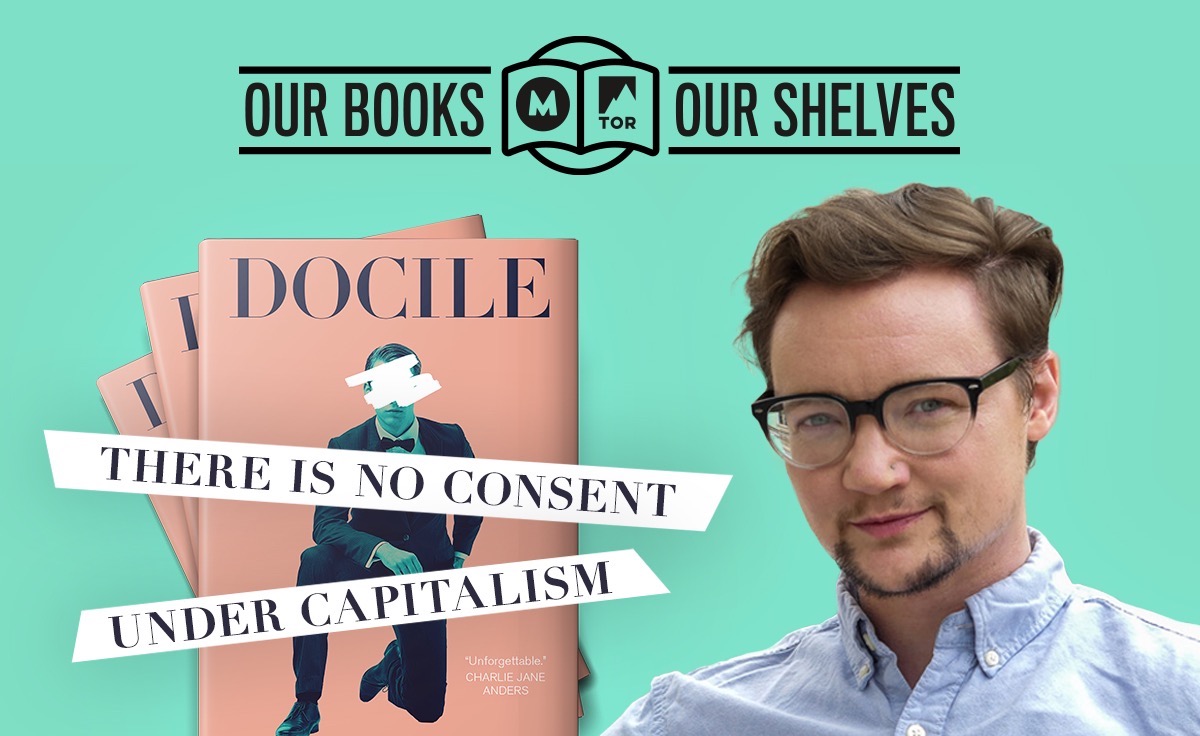 Quitting isn’t something we’re taught to do, especially not as writers. Established authors share stories of rejections and perseverance. Of the manuscript they refused to give up on. That they published to great acclaim and poo-poo on those editors who rejected them! It’s supposed to inspire—and goodness knows we need all the inspiration we can get in this field.

When I was in graduate school, I started writing my first novel. A novel that my mother recently retrieved from the depths of her house, printed and spiral bound. “In five years, we can put that on eBay,” my dad said, while fixing himself a burger. “Absolutely not!” I said. Probably should’ve snatched it from Mom when I had the chance. (Please, if in five years you see an eBay listing titled “K M SZPARA UNPUBLISHED MANUSCRIPT RARE,” report it.)

I had no exposure to the SFF writing community, and had been reading fanfiction almost exclusively since college, so had no concept as to the structure of a novel, what could be done. What I ended up doing was writing a book based on how one friend with a particular style told me good books were written. Lots of pining, lots of UST, and not a lot of sex. No sex, actually. Kissing in the last chapter. Because that’s what a book looked like, I thought. I thought that four re-writes in a row, until a critique partner gave me another (exhausting) round of notes. But she also told me the other book I’d started—the one that colored outside the lines of what a traditionally published SFF novel was supposed to look like—was the thing I was meant to write.

She gave me permission to quit.

I had struggled to color inside the lines as I perceived them, so I abandoned my template altogether. My new novel was going to be first-person present, dual POV, and adult. Very adult. Now, that’s not my writing process. That’s the writing decision I made before doing the hard work. The actual writing.

When I look at Docile sitting on my shelf, now, it looks beautiful and whole. Like it sprung forth into existence having been copyedited already. Spoiler alert: it didn’t. I wrote the first draft in approximately six months. Because I’m bad at writing alone, a trusted friend read along. The same one who gave me permission to quit also gave me permission to write with abandon.

People tell me reading Docile feels like reading fanfiction, which I assume means it reads like an author wrote exactly what they wanted. No more, no less. What always frustrated me about traditionally published SFF was that the protagonist never made the choices I craved. Never spent enough time with the love interest or had gay feelings or fucked on the page. And if they did, the author often faded to black and it was always vanilla.

I was tired of that. What I loved about fanfiction was that those authors wrote stories specifically to fill in the parts missing from their favorite books and movies and TV shows. They went where the establishment couldn’t or wouldn’t, with shouts of “Make it gay, you cowards!” I didn’t have a contract or agent to editor to contend with. I wrote what I wanted because I enjoyed it.

Before I had a plot or themes or anything respectable, I knew the relationship I wanted to write. A meticulous top and fiery bottom. Two men who were not necessarily in a romantic relationship but who fucked and had feelings for one another—complicated feelings. So, I made a list of scenes I wanted to write. At the time, those ranged from “Elisha’s family confronts him” to “double-ended dildo.” My plot began with those scenes in the order that most made sense. I had a skeleton of indulgent scenes and began layering tension over them. Literally, I looked at the web of major characters and the strings between them and pulled. Which strings would hurt the most to twist and tighten?

When everything was properly twisty, I had a draft. One that I was terrified to query literary agents with—have I mentioned there was a lot of sex in the book? The first draft had even more and it turned out I didn’t understand pacing as well as I thought. The agent I signed with had a lot of notes but I decided to trust her.

I revised—straight through, beginning to end. Twice. I have a day job; it took me almost two years. But as I revised, I was able to see and tweak the nuances, the themes. Twist the knives deeper. Docile got better with every round, even when I didn’t think it could.

We sold it. Quickly. Far quicker than I expected. Ahead, I knew, laid another year of edits, on a book I had already worked on for several years. But that was when I realized how much I enjoyed working one-on-one with a partner, be that a friend reading along, literary agent, or professional editor. Before Docile was a single word long, I’d flunked out of a critique group, which is to say I learned over several years that it not only wasn’t benefitting me, but was mostly inhibiting my creativity. So, I quit.

Quit my internalized expectations of what a novel was supposed to be. Quit wasting my time on a book that wasn’t meant to be. Quit taking advice that didn’t work for me. Docile exists as it does because I freed myself—that’s really what quitting is. Freeing yourself from what holds you back. Making the book of your heart.

Hugo and Nebula finalist K.M. Szpara is a queer and trans author who lives in Baltimore, MD. His debut novel is Docile, and his short fiction and essays appear in Uncanny, Lightspeed, Strange Horizons, and more. Kellan has a Master of Theological Studies from Harvard Divinity School, which he totally uses at his day job as a paralegal.