Our Books, Our Shelves: A Billion Thoughts at Once | The Mary Sue

Our Books, Our Shelves: A Billion Thoughts at Once 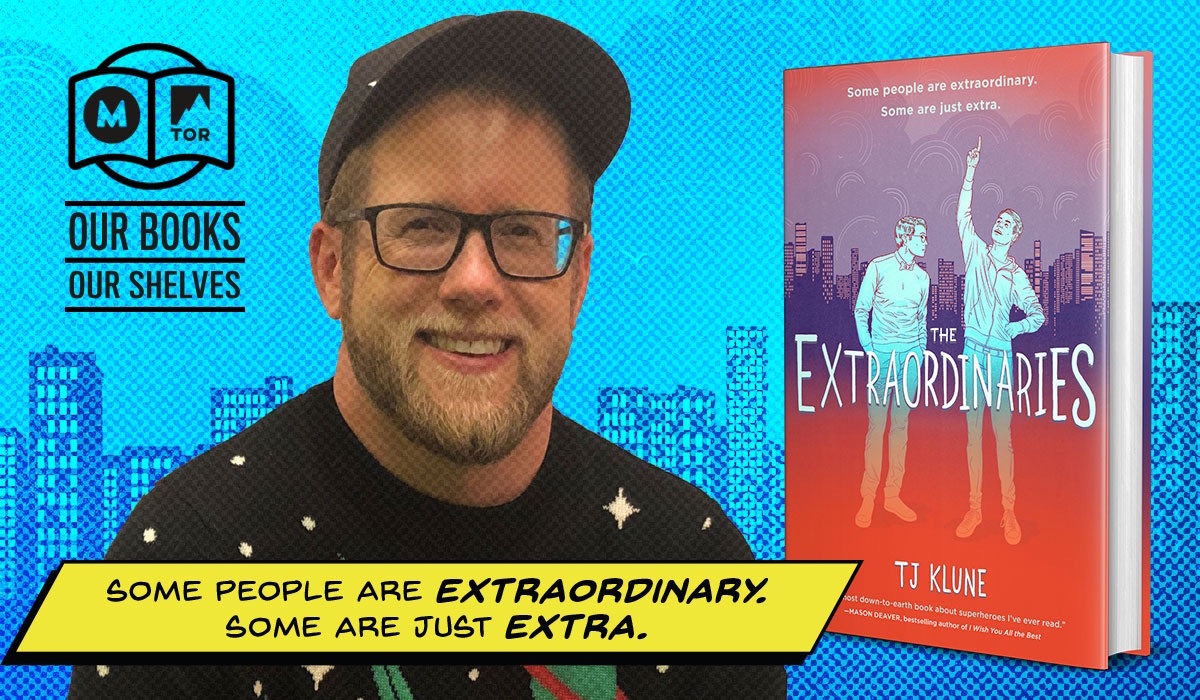 I’m neurodiverse. I have Attention Deficit/Hyperactivity Disorder, or ADHD. I’m disordered because it’s right there in the name. At first, I didn’t want to accept that. It felt like yet another thing that made me different, along with depression, anxiety, and a little voice whispering in the back of my head telling me that I was also queer, something that terrified the hell out of me.

Ever since I can remember, my mind has always moved too fast—a billion thoughts all at once, and when I was younger, it was hard to focus, much less exist. And either because, or in addition to that, I was an anxious kid with bouts of significant depression, that ol’ black dog nipping at my heels. I wasn’t like other people; I had an “otherness” that made me different, and whether or not those perceived differences were real or all in my head, it didn’t matter.

The depression is still there, as is the anxiety, though both are better than when I was younger. I have mental health experts and proper medication to thank for that. The billion thoughts all at once? Yeah, I still have those too, but it’s gotten easier over time, not because it’s lessened, but because I was taught the proper tools on how to manage it: medication, structure, limiting distractions, time management (this is a big one), and prioritization, to name a few.

As I usually do when I am feeling low, I turned to books as an escape. I read anything and everything I could get my hands on. It didn’t matter if it was fiction or non-fiction, or far above my reading level. I wanted to read it all.

Looking back, I think I was hoping to find someone like me: someone who could be sad and anxious for no reason at all, someone who understood what it was like to think too hard about everything, dissecting it down to minute details that, in the long run, didn’t matter. I felt like my own worst enemy, and it was harder when I couldn’t find a character like me in the books I read.

I got better as I grew up, knowing the parts of me that I once thought made me an other weren’t necessarily the only parts of me, or even the biggest or most important. I wasn’t going to be free of these challenges; a kid with ADHD turns into a teenager with ADHD who then becomes an adult with ADHD. Once I understood that, a weight lifted off my shoulders. I couldn’t change my circumstances, but by god, I could make the most of what I had.

But still. What if there were people out there, people just like me who wanted to find a book that they could point to and say, here, here I am, here is what it’s like for me?

And so I wrote The Extraordinaries.

On the surface, it’s about a fanboy who has a deep, deep love (read: obsession) for the superheroes that protect his city, so much so that he writes self-insert fanfiction about them. The book follows the journey of Nick Bell, a sixteen-year-old queer kid who doesn’t think he’s something special.

And while that’s a fun enough story on its own, it’s not the entirety of his journey. Nick—like me, and so many others—has ADHD, something he struggles with. When the novel opens, he sees it as something holding him back, something that makes him different than his peers. Nick (like many people his age) is smart, loving, and more than a little clueless. I wanted to write a book where the main character was allowed to act a bit stupid, and would make mistakes. However, he needed to learn from those mistakes to avoid making them again in the future (so he can make new ones entirely, of course).

And learn as he does. The bigger picture of The Extraordinaries is that it’s a coming-of-age queer comedy, but at its heart, it’s about a kid learning to accept the parts of him that make him different, and to celebrate those differences.

We aren’t all the same. That’s what makes the world a wonderful place, though it can sometimes seem scary. And instead of letting it drag us down, we should be letting it lift us up. It’s trite to say that we’re all in this together, but even so, it’s the truth. I gave Nick a voice because I want others to see themselves in him and know they aren’t an other. And though you might have a disorder (or three), there’s nothing disordered about you. You are as you’re supposed to be. You are, for lack of a better word, extraordinary.

TJ Klune is a Lambda Literary Award-winning author (Into This River I Drown) and an ex-claims examiner for an insurance company. His novels include The House in the Cerulean Sea and The Extraordinaries. Being queer himself, TJ believes it’s important—now more than ever—to have accurate, positive, queer representation in stories.