Our Books, Our Shelves: Christopher Paolini’s Love Letter to Sci-Fi 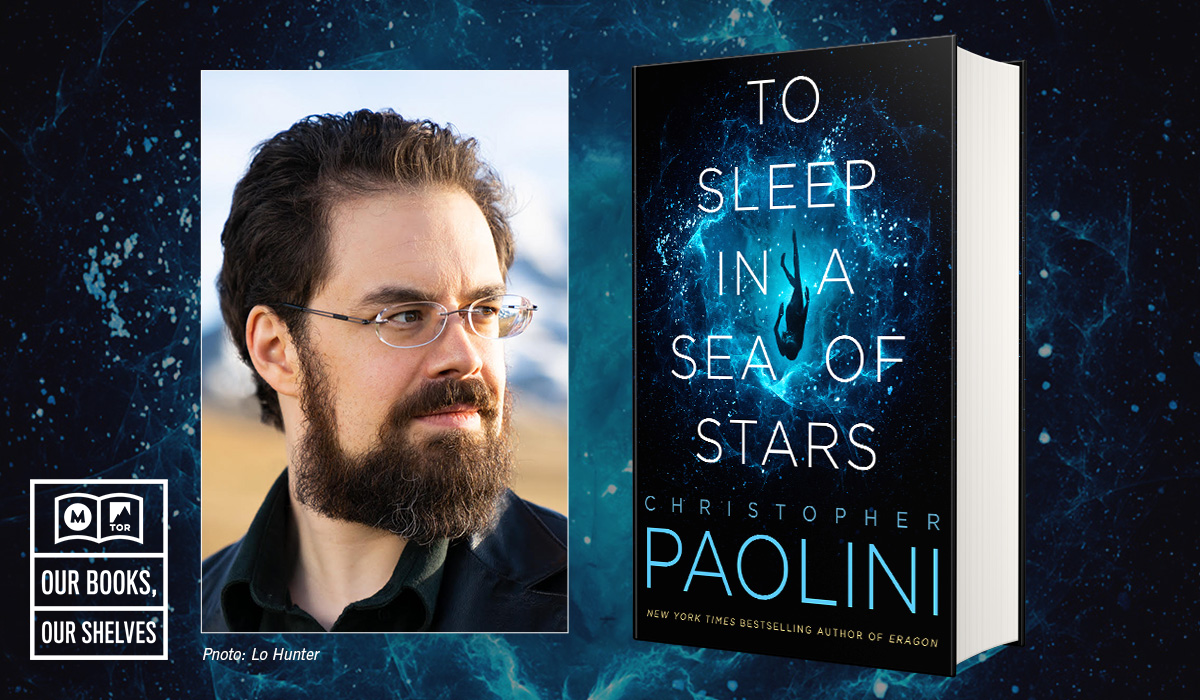 Christopher Paolini has called last month’s New York Times bestselling To Sleep in the Sea of Stars, his “love letter to sci-fi.” References abound, and his homages are loving and plentiful: from examinations of his favorite tropes, to an entirely new system of interstellar travel that rejects classical sci-fi faster than light methods.

But we’re not the best people to talk about what inspired Christopher—he is!

Listen to Christopher Paolini discuss his inspiration and ideas for his first space adventure, To Sleep in a Sea of Stars, below:

To Sleep in a Sea of Stars is a brand new epic novel from #1 New York Times bestselling author of Eragon, Christopher Paolini. It is available now wherever books are sold.

During a routine survey mission on an uncolonized planet, Kira finds an alien relic. At first she’s delighted, but elation turns to terror when the ancient dust around her begins to move.

As war erupts among the stars, Kira is launched into a galaxy-spanning odyssey of discovery and transformation. First contact isn’t at all what she imagined, and events push her to the very limits of what it means to be human.

While Kira faces her own horrors, Earth and its colonies stand upon the brink of annihilation. Now, Kira might be humanity’s greatest and final hope . . .

Christopher Paolini was born in Southern California and has lived most of his life in Paradise Valley, Montana. He published his first novel, Eragon, in 2003 at the age of nineteen, and quickly became a publishing phenomenon. His Inheritance Cycle—Eragon and its three sequels—have sold nearly 40 million copies worldwide. To Sleep in a Sea of Stars is his first adult novel.