Can you hear me now?

Edward Snowden, who exposed the depths of the NSA’s digital spying programs and was forced to leave the country to take refuge abroad, is now on Twitter.

Since he brought the NSA’s activities to light, Snowden has become a go-to source for thoughts on cyber-security—albeit one that’s a bit hard to reach for journalists in the U.S. (And not everyone finds his opinions particularly helpful.) Now he’ll be able to share his thoughts directly on Twitter.

As of this writing, he already has over 19,000 followers, but there’s only one account he’s following: 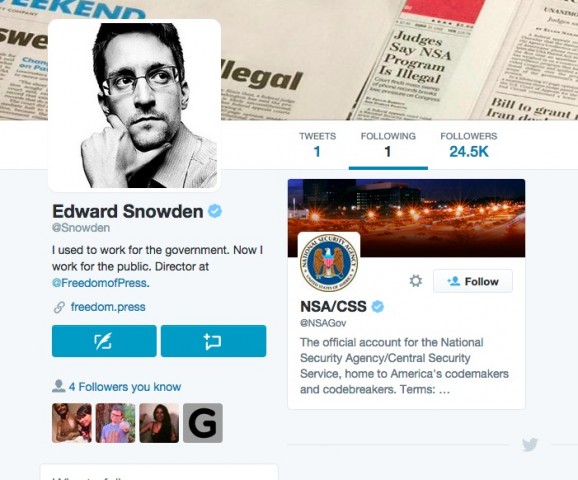