Code.org Gets Gates, Zuckerberg, and More to Talk About Importance of Coding [Video] 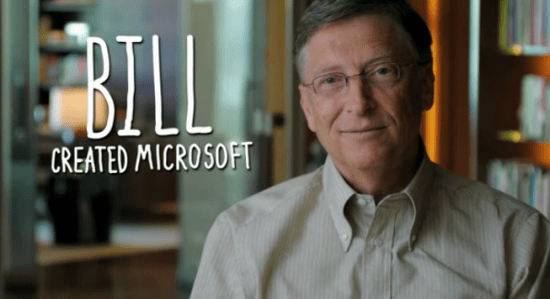 A few weeks ago Code.org launched with the goal of getting more young people excited about coding. When they launched there were rumors that they were producing a video with some of the biggest names in coding like Bill Gates and Mark Zuckerberg. Today they released that video, and sure enough, Gates and Zuckerberg are in there. They’re in good company too, with some big name coders from Twitter, Dropbox, and for some reason will.i.am. The takeaway message? Being a programmer now is basically like being a junk bond trader in the 1980s, except the cocaine and strippers have been replaced with free pizza and awesome rumpus rooms, and the bond trading has been replaced with doing something of some utility to society.

Gates and Zuckerberg are joined by Twitter founder Jack Dorsey, Dropbox’s Drew Houston, Facebook’s first female engineer Ruchi Sanghvi, and others. They talk about how and why they started coding and what it’s done for them — which in the case of figures like Zuckerberg and Gates is one hell of a lot. The video also shows the offices of some of these tech companies, where coders are treated like royalty, presented with free food, video games, and all the other things that would get a young person’s attention.

It’s great that Code.org is trying to get people excited about coding. When the site launched they posted this infographic that outlined the growing number of computer jobs, and how quickly it is out pacing the number of computer science students.

If you’re looking to pick up some coding skills ,you can head over to Code.org to find the resources you need, and if you’re a parent or educator you can get information on registering your school to get them started teaching computer science.