Code.org Wants Everyone to Learn Computer Programming | The Mary Sue

Code.org Says “Hello, World” to Get Everybody Coding 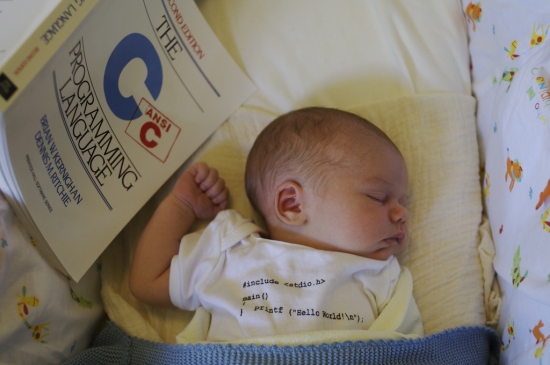 Computer science is one of the fastest growing fields out there, but its growth is outpacing the number of young people studying it. One projection says that by the year 2020 there will be 1,000,000 more computer science jobs than computer science students. That’s a huge disparity. The new site Code.org launched today to try to change that by helping grow computer programming education in the United States. It seems like their plan is to make coding seem cool so more young people will learn how to do it. Where do we sign up?

Code.org is headed up by brothers Hadi and Ali Partovi, who served as early investors and advisors for startups like Facebook and Dropbox. They’re joined by a few other notable members on the team including Google engineer Phil Bogle and Waiting for Superman producer Lesley Chilcott.

The front page of Code.org has a quote from Steve Jobs saying “I think everybody in this country should learn how to program a computer — because it teaches you how to think.” It also lays out in an infographic what they see as the problem:

Part of Code.org’s strategy is to release a video to send to classrooms to get them excited about learning how to code. That seems like it could be a challenge, but anyone who has seen Waiting for Superman knows that Chilcott can make education pretty riveting. To add to the appeal of the video, Code.org is supposedly trying to get some big names involved. TechCrunch is reporting that Mark Zuckerberg and Bill Gates could make appearances.

The video will be available to more than 500,000 classrooms, and Code.org hopes to get that number even higher by the time the video is ready. They’re asking educators to register their classes and schools.

One point that Code.org is trying to make is that programming isn’t just for professional programmers. Like the Steve Jobs quote, they think everyone can benefit from knowing a little bit of code. Knowledge of programming and computer science can help in a range of jobs.

Think of every time someone you know told you they had a great idea for app, but didn’t know where to even begin to try to develop one. If computer science was taught to every student like math or reading then almost everyone would have the tools to at least know where to start. I’m not a programmer, but the limited HTML I do know has helped more than a few times as a blogger.

Maybe instead of teaching young children to write in cursive — a skill nobody needs — they should be taught some basic programming concepts. At least teach them to push a turtle around a screen with LOGO.

You can go to Code.org to learn more about the project, donate, or even sign up class if you’re an educator.

(Code.org via TechCrunch, image via t0msk)