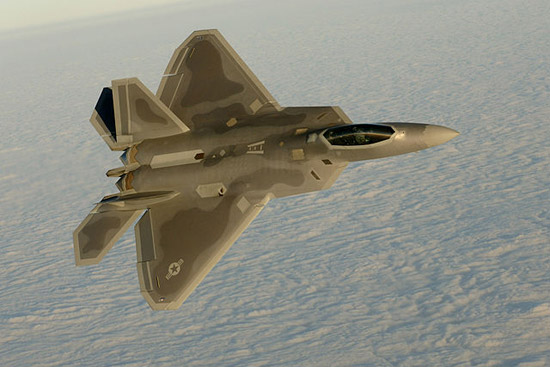 After tense months of research, the U.S. Air Force has announced that it has located the cause of “hypoxia-like“ symptoms that have been observed in F-22 Raptor pilots. This is good news for the Air Force, as the breathtakingly expensive aircraft has been repeatedly grounded and severely limited during the ongoing investigation. Now, those limitations will be coming to an end soon.

The problem, it seems, was a faulty valve in the vest worn by pilots during missions. According to Stars and Stripes, the vest is designed to protect pilots in the event of accidental decompression. However, the faulty valve was causing the vest to inflate or deflate at incorrect times. Issues with hose and valve connections within aircraft were also cited as contributing to the problem.

For those unaware, hypoxia is a condition that arises when the brain is deprived of oxygen. It can cause headaches, nausea, and in extreme cases disorientation, blackout, and death. Obviously, it’s a major hazard for those operating high-flying aircraft.

Changes to the hardware are expected to be rolled out this coming September. Additionally, the Air Force is apparently removing a charcoal filter from the oxygen system as concerns over oxygen contamination have been disproved to the satisfaction of investigators. Doing so will increase the amount of oxygen pilots receive.

Since the problem first came to national prominence, the F-22 has been grounded, ungrounded, briefly re-grounded, and has been operating under tight restrictions ever since. These include staying within 30 minutes of base, and staying under a certain altitude. Satisfied that they have found the source of the oxygen issues, the Air Force plans to begin relaxing some of those restrictions. Indeed, Air Force chief of staff General Norton Schwartz has confirmed that F-22s will soon be deployed to Japan.

While this is good news, especially for pilots and those concerned over having an unsafe multi-billion dollar jet on their hands, the Air Force was forced to admit that the problems caught them off guard. Schwartz is quoted by Flight Global as saying:

“In some respects, the testing did not reveal the shortcomings we have recently discovered. […] We missed some things, bottom-line[.]”

Schwartz went on to say that the capabilities of the aircraft gave rise to unforeseen effects. He then cryptically claimed that the engineering expertise around aerospace physiology is not readily available. Again, from Flight Global:

“The engineering know how that’s associated with that has diminished, I think, even on a national basis.”

Hopefully, for the Air Force’s sake, this embarrassing chapter will be coming to a close. However, it may take some time to repair the concerns held by some Raptor pilots, and answer all the nagging questions this episode has brought to light.

(Flight Global, Stars and Stripes via NOSInt, image via Wikimedia)