Some F-22 Raptor Pilots Refusing to Fly | The Mary Sue

Some Pilots Refusing to Fly F-22 Over Oxygen Concerns 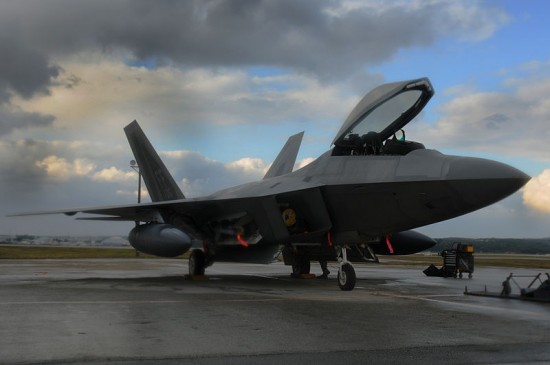 The history of the F-22 Raptor, perhaps the most advanced fighter jet in the U.S. fleet, has been a troubled one, with only a fraction of the aircraft being built and the program dogged by concerns over the aircraft’s oxygen system. Though a USAF report has put some changes in place, it seems that a few pilots are refusing to fly the Raptor.

At issue are reports of Raptor pilots coming back with hypoxia-like symptoms, which usually occur when the brain is deprived of oxygen. Hypoxia is dangerous to anyone, but especially dangerous to pilots as it can cause wooziness, poor or delayed decision making, and in very extreme cases unconsciousness and death. The Raptor oxygen issues came to a head last year when the entire fleet was temporarily grounded, but oxygen issues may have played a role in a deadly 2010 Raptor crash in Alaska.

USAF investigators have found some issues with the Raptor’s oxygen systems — coolant leaking into the oxygen system, problematic valves connecting to the pilot’s mask, among others — but said that no single “smoking gun” had yet been found. In response to the investigation, the health of Raptor pilots is being closely monitored, a back-up oxygen system is being installed on the aircraft, and pilots are flying below 50,000 feet — 10,000 feet below the Raptor’s operating ceiling.

However, for a handful of pilots the F-22 is too much of a risk. Several news outlets are reporting that Air Combat Command chief General Mike Hostage has confirmed that a “small number” of pilots are refusing to fly the aircraft — presumably over concerns for their safety. Gen Hostage is quoted as saying that wouldn’t force pilots to fly any plane against their will.

In a surprising move, Gen Hostage has also pledged to begin flying the Raptor himself. The general was quoted by Kate Wiltrout as saying:

“My personal belief is that as a four-star [general], my job is not to be out there flying airplanes. But I’m asking these guys to assume some risks that’s over and above what everybody else is assuming, and I don’t feel like it’s right that I ask them to do it and I’m not willing to do it myself, […] The day we figure out what the problem is, I will stop flying.”

That’s a noble gesture by Gen Hostage, who himself has over 4,000 hours of flight time. Whether it will be enough to bing wary pilots back to the cockpit is a whole other issue.