The First Flight of the Last F-22 Raptor 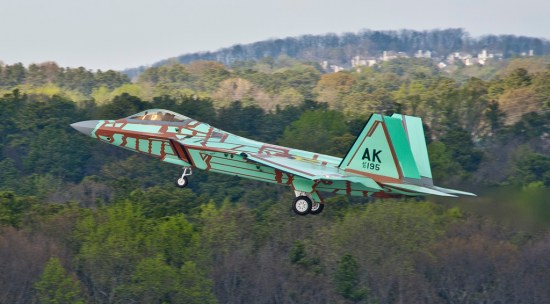 The last of the world’s first fifth-generation jet fighter, the F-22 Raptor, rolled off the assembly line in December of last year. Back in 1994, there were meant to be 750 of the stealthy high-tech fighters built, but that number has dwindled over ballooning costs and concerns that the conflict the F-22 was designed for just hasn’t materialized. In the end, 187 operational fighters were built. The last Raptor, number 4195, took its first flight this past Wednesday in Georgia.

(Lockheed Martin via The DEW Line)