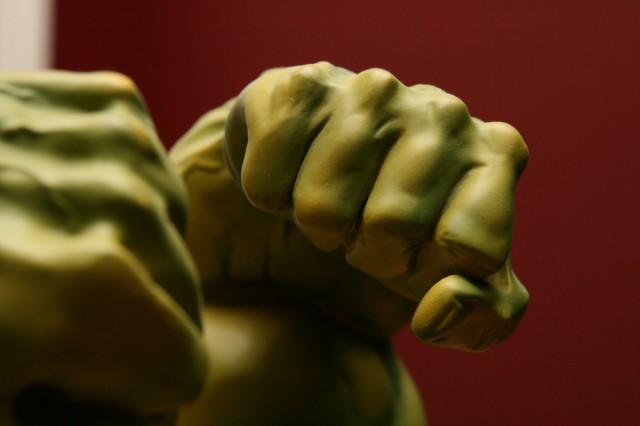 In May, I wrote about the Northlake Library’s Indiegogo campaign to raise money for a nine-foot-tall Incredible Hulk statue. There are still four days left in the campaign, but they’re woefully short of their $30,000 goal. At the moment, they’re sitting still at $3,710, but don’t let that get you down, because the library is getting a Hulk statue. It’s not the one they wanted, but they’re not going to look a gift Hulk in the mouth.

There are four days left in the campaign, but it’s not looking likely that Northlake Library is going to hit their $30,000 goal. They won’t have to worry about paying for a Hulk statue, though, as one is being donated to the library by Steve Williams, the owner of L.A. Boxing in Orange, California. He happens to have a nine-foot-tall Hulk statue he’s not using anymore.

From pictures posted to the Indiegogo page, it looks like Williams’ Hulk statue was being used to promote the gym. That explains the boxing gloves, which the library says they will remove. 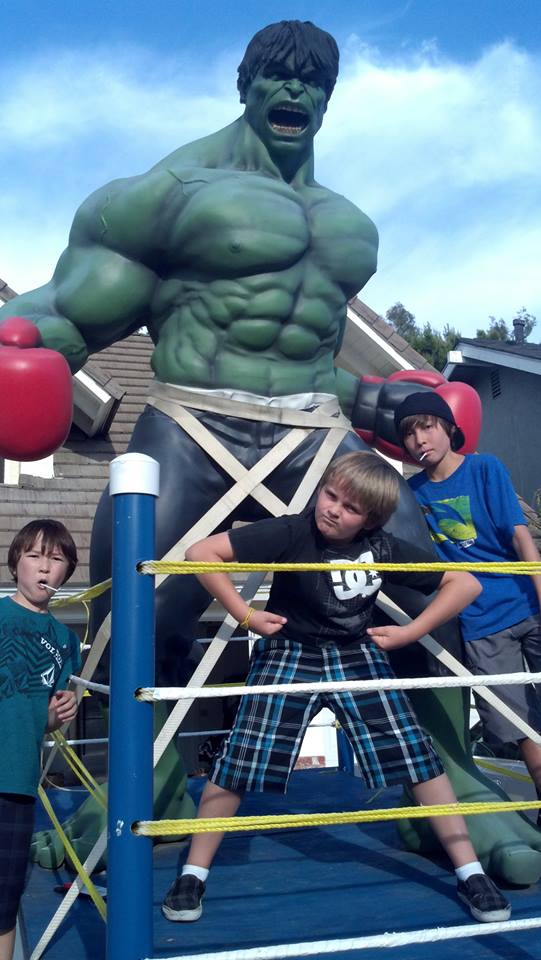 Although the campaign isn’t performing well, it’s categorized as a “Flexible Funding campaign,” meaning that unlike Kickstarter, the Northlake Library does not have to hit their stated goal to get the money from contributors. Now that they don’t have to worry about paying for a Hulk statue on their own, they can focus on the other projects they were raising money for.

Besides the statue, the library wants to add a “Creation Station” that would feature the technology patrons would need to create their own comics. They’re looking to buy a new iMac loaded with graphics software, a Cintiq tablet, and even a 3D printer for making action figures of characters.

Tom Mukite from the Northlake Library contacted me through Twitter about the statue donation and to tell me that they’re only $1,000 from being able to meet all their technology goals. I’ve never been to Northlake, and I may never go to their library, but I really love the idea of a library that’s this dedicated to comics, and to helping people create them. $1,000 isn’t that much more to hit that goal.

If you donate $10 they’ll email you a picture of their Hulk statue with a speech bubble saying whatever you want. There are a bunch of other rewards, but that’s the one I’d go for. If Northlake pulls this off, they could be an inspiration to other libraries. Then it won’t be long before there are giant superhero statues in every library.

(via Indiegogo, image via Carlos Ayala)