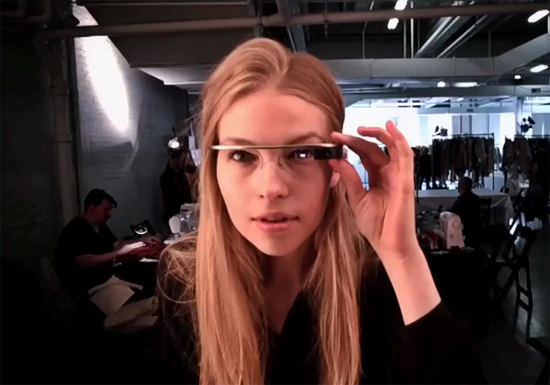 One might recall that Google Glass made something of a splash during New York Fashion Week thanks to fashion designer Diane von Furstenberg. The two icons paired up to include the gadget on stylists, models, and Furstenberg herself. Google has since released a video shot entirely through the device. This is the first time that any video composed purely of Google Glass footage has been made public, and it showcases a lot of beautiful people.

The short video consists of a number of clips from Furstenberg’s show, but is most notable for being surprisingly stable given that it’s being shot from their face. We predict a new wave of point of view filming will become all the rage once these things become available commercially. Also, calling it now, the inevitable pornography title that uses this as a hook will do incredibly well.