This is Big McLargeHuge news! 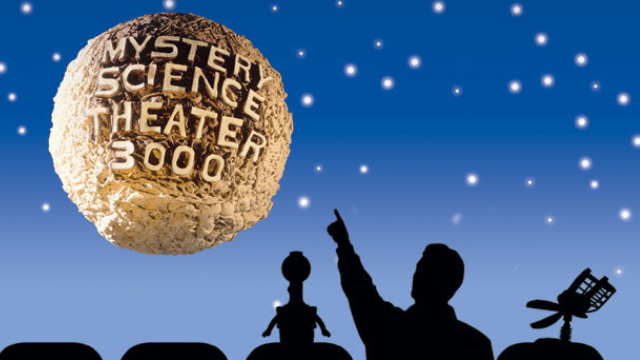 Paul Feig is kind of having a great time at the moment. Not only is he heading up that all-female reboot of Ghostbusters, but now he’s also reuniting the Mystery Science Theater 3000 cast for a new Yahoo series!

MST3K stars Joel Hodgson and Trace Beaulieu join Feig for the new show, called Other Space, which will be a half-hour comedy premiering this spring. The show is “a journey in unknown space set in the early 22nd century, when the human race has mapped most of the known universe, failed to find alien life, and frankly gotten a little tired of the whole thing.” Said Hodgson,

“I’m thrilled to be cast with my old buddy Trace Beaulieu in the new comedy sci-fi series Other Space. I also think fans of MST3K will be very interested in this new work that mastermind Paul Feig and his cast and crew, have cooked up for Yahoo.”

The show will feature Beaulieu again voicing a robot character, as well as a long list of other cast members from shows like Silicon Valley, Broad City, and Betas. Yahoo is also the one reviving Community, so Other Space seems like it will fit right in.

(via Variety [warning for autoplay vid at the link])