The Guys From RiffTrax and MST3K Just Did an AMA on Reddit, So Here’s What You Missed 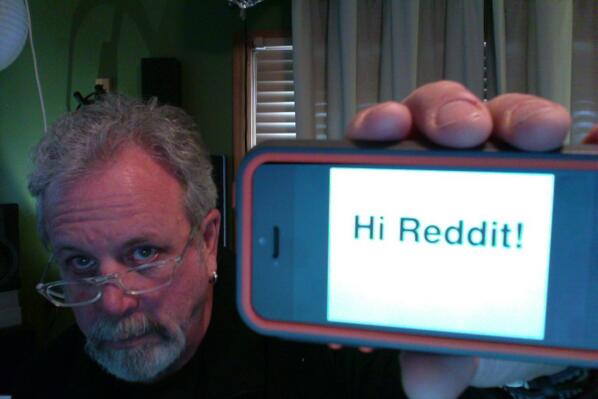 Hey, did you know that RiffTrax, formerly the cast of Mystery Science Theater 3,000, is going to return to TV on National Geographic tonight? Because we’ve certainly been talking about it a lot. They’ve been talking about it, too, and they took to Reddit this afternoon to answer fan questions in an AMA, so we got some highlights together for you.

We are here to answer any and all of your questions about RiffTrax, MST3K, our Total Riff-Off special airing tonight on National Geographic, our upcoming RiffTrax Live: Sharknado show, as well as detectives who moved out of Harlem because there were too many detectives, slrpnls, Rowsdower, Moosebaby, Torgo, Vanilla Ice, sigh onions, how to properly set up a room, playing football in an alley in tuxedos, whether corn is grass, what in the name of hell was going on in Super Mario Bros, and anything else you may want to ask.

We already talked to RiffTrax’s Kevin Murphy, former voice of Tom Servo, about Total Riff Off, but the AMA has brought us even more answers about the RiffTrax crew, so here are some of our favorite parts with usernames in bold. (Of course, you should also head over the thread on Reddit to learn even more.)

Pots_And_Pans
Do you see Netflix as a new way to release Riffs for new movies?

MikeNelson
We’re always trying to find new ways to get the RiffTrax out there, so our vast network of experts (there’s a guy with a laptop on a card table) is looking into it.
I know that RiffTrax writer Sean Thomason wants a collaboration because his favorite film, Cool Dog, is available on Netflix. https://www.youtube.com/watch?v=_CXZ7C_QxVI

This is how the sausage is made, and boy is it good sausage:

ErroneousEric
Hi Mike, Bill, and Kevin! I have been a fan of MST3K since I was a kid and riffing movies has been a past time of mine ever since.
I’ve always been curious how rehearsing goes. How do you make it sound so organic when riffing, I imagine it’s all about comedic timing. Could you briefly explain the riffing process?
EDIT: too many words

MikeNelson
Thanks, kind of you to say.
We divide up the movie into sections and each of we writer types comes up with the riffs. Then it’s edited and massaged, then we rehearse and change so that we have it to the point that we can relax at the time of recording.
It’s all powered by Kevin’s home-roasted coffee.

BillCorbett
“Too many words” is a nice description of our (ahem) process.
Very briefly: we always start with the writing. We do it a little differently at RiffTrax than we did at MST3k since we are not all in the same place, geographically. Now we divvy up the movie and each bang out a first draft of a script. Then we review, put it all together, then Mike Kevin and I review / rehearse for a day and do the final draft (with online help from Conor and Sean) before recording the next day. Even when recording we’re changing stuff at the mike.

kwmurphy
And boy, do we say a lot of words on those days.

ElGringoAlto
Is there any chance of the Nat Geo special generating interest in another TV riffing show that would be closer in line with the spirit of MST3k? What I’d really like to see again some day is another show devoted to riffing older bad movies.
Consider a network like Cartoon Network’s Adult Swim. I can’t see how the show could possibly miss in a place like that. In general, the world is SO MUCH geekier today than it was in the late 1980s-1990s run of MST3k. A modern variant on the show would have much more support for the central concept.

BillCorbett
We don’t know! It is surprising how little one winds up knowing about the chances of a good thing happening or not in the entertainment biz, even with a combined 7000 years experience.
Note to the the Lords of TV: we are open to such offers!

Sometimes, even your robot friends can’t help you make sense of a bad movie.

profanusmaximus
Firstly, you fine gentlemen are my heroes. I cannot wait for the Sharknado live event and am sure you will be countering that cinematic genius with a Cat-5 Snarknado of your own.
My question for you is this: Have any movies ever beaten you? Have you ever tried to riff a film only to end up fleeing with your tail between your legs?
thanks!

MikeNelson
Yes, back in the MST days there was some “lost dinosaur world” movie that we picked, and as I recall was somewhat costly to acquire, that was simply so dull, so talky, so monumentally uninteresting that we agreed to go to the network with our tail between our legs and admit we’d been whipped. Miraculously, they called shortly thereafter and told us they’d lost the rights.
Wish I could remember the title, but saying “lost dinosaur world” movie narrows it down to like 300 films, right?

kwmurphy
Can’t help you here, Mike, I’ve wiped it entirely from my mind.

BillCorbett
Have any movies ever beaten you? Have you ever tried to riff a film only to end up fleeing with your tail between your legs?
They have not beaten us per se in that we emerge (mostly) alive, but something in us is never the same.
I felt that way about the TRANSFORMERS “movies.” Oh god, PTSD kicking in…

You really should just read the rest of the AMA, because the RiffTrax guys are funny pretty much all the time, even without a script.