Can I get a KNOPE? 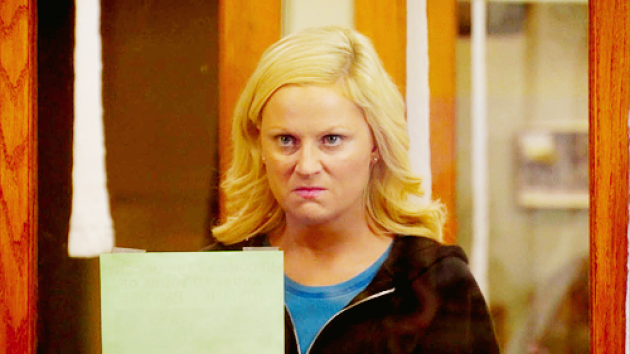 No spoiler alert needed here: according to San Diego State University’s annual study on the employment and representation of women in television, women in the industry are still far less likely to be hired than their male peers. Of course, it helps your statistical chances for a “successful” career if you’re a white actress who hasn’t hit 30 yet and doesn’t mind playing a non-speaking character with an easily “identifiable marital status”—and no, that’s not me being cynical. Those are the boob tube facts.

San Diego State’s Center for the Study of Women in Television and Film has conducted its annual Boxed In study for the past 17 years in the interests of performing extensive and original research gauging women’s role in the entertainment industry. The 2013-2014 edition of Boxed In was released yesterday, along with a press release detailing the lack of progress evidenced over the past year. Explains research author Dr. Martha Lauzen,

Whereas we were seeing slow but incremental growth over the last two decades, in the last five years or so it appears that women’s employment has stalled both on screen and behind the scenes.

In the past year, women accounted for only 27% of all executive producers, producers, directors, writers, editors, and directors of photography working on broadcast networks; a recent Directors Guild of America survey shows that only 14% of all series TV is helmed by women. Not surprisingly, lack of representation behind the camera then manifests on screen—Boxed In reveals that “on programs with at least one woman creator, females comprised 47% of all characters. On programs with no women creators, females accounted for 39% of all characters.”

I’m positive that a common reaction to Boxed In will be the ol’ “there would be lots of women/minority creators if they just put themselves out there more” argument, but that’s a stupidly privileged response to systemic inequality—and even DGA President Paris Barclay agrees. The Son’s of Anarchy executive producer and director of over 135 TV episodes told Variety that expanding representation isn’t about increasing the number of women and POC vying for work, it’s about changing the attitude of the people (read: white men) already in positions of power:

Unfortunately, it can be shockingly difficult to convince the people who control hiring to make even small improvements to their hiring practices […] But the end result is something worth fighting for. This should matter to all of us, as a culture, as an industry, and as directors.

[…] People often say, ‘everybody is responsible for diversity,’ but in the end, that often means that nobody takes responsibility […] It’s time for the people who make the hiring decisions – be they studios, networks, production companies, or individual producers – to stop making excuses, stop passing the buck, and start living up to the country’s promise and possibility by providing true equal opportunity.

For every victory for representation in film and TV–and there have been a lot recently–Boxed In reminds viewers there are a near-equivalent number of injustices left to be corrected. All the Two and a Half Mansplainers out there (that is the official title, right?) might not understand how getting respect in the industry could be so challenging for women or why never seeing one’s self represented on screen can feel like a slap in the face, but these findings represent a damaging double-standard.