Let’s Get Mad: Center for Study of Women in TV and Film Releases 2013 Findings on Female Characters 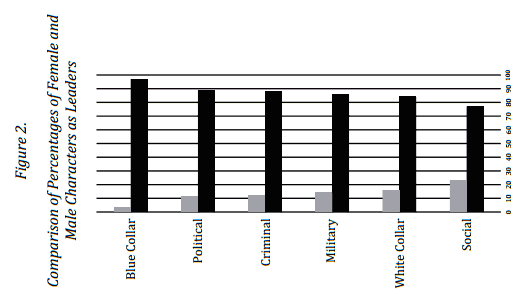 Just a couple months ago, the Center for the Study of Women in Television and Film released their report on the gender ratios of Hollywood’s workers, discovering that the ratio of women to men in various behind the scenes roles such as editors, writers, cinematographers, composers, and special effects supervisors has not changed more than three percentage points in sixteen years. That was pretty disheartening, but theoretically, men should be just as able to craft female characters that don’t play to stereotypical tropes as women are at creating relatable male characters. So how did that go?

Turns out it went 30%. 30% of the major characters and 30% of all speaking characters in the 100 highest grossing films of 2013 were female. The numbers were halved for main characters, with only 15% of “all clearly identifiable protagonists” being female characters. 15% is only a percentage point shy of the average representation of women (16%) across the most powerful jobs involved in the making of a Hollywood movie, director, executive producer, producer, writer, cinematographer, and editor.

You can download the entire study results by clicking here, but I’ll leave you with this tidbit. 73% of all female characters in the 100 highest grossing films of 2013 were Caucasian, 14% were African American, 5% were Latina, 3% were Asian, and another 3% were aliens or fantasy races. Yes. In 2013, American theater audiences were about as likely to see a woman of an animal species or completely made up race as they were to see an Asian woman.