What Would Molydeux? 48 Hour Game Jam Based on Parody Twitter | The Mary Sue 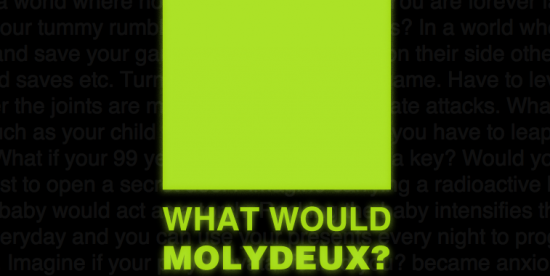 At this point in its lifecycle, the parody Twitter account, @petermolydeux, has made a name for itself, parodying the legendary game designer Peter Molyneux. Known for being extremely eccentric and getting too carried away with his ideas, the parody Twitter account emulates Molyneux well, tweeting hilariously insane video game ideas that, oddly, usually end up being legitimately good game ideas. To celebrate the Twitter mastermind, a 48 hour game jam is being held in his honor, where participants will develop games using the twisted ideas tweeted from the account.

The game jam will be held from March 30 to April 1, and if you’d like to participate, you can head over to the Google Docs signup page and throw your talented hat into the ring.

If you haven’t been following @petermolydeux, some of his brilliant ideas include a game where eight different players control one octopus tentacle per player, hilariously dubbed Cooptipus. Another of his ideas is a game where you have to survive a zombie apocalypse by keeping safe inside your house, but your house is made of guns, and to kill the zombies you have to dismantle your shelter in order to get the guns to shoot them with.

Fortunately, if you don’t want to dive into the entire @petermolydeux Twitter feed, he has created an easily browsable list of past game ideas you can view here. Some of the ideas included are a survival horror game mixed with a bowling game, a game where you play as a life support machine in a hospital, but at night you turn into a diseased rat, and a stealth game where the enemies have dirty piano keyboards for aheads, and to dispatch said enemies, you have to clean their piano keys without making a noise.

Obviously, @petermolydeux is nothing short of a genius, and it’ll be great to see (and play!) the results of the game jam. Stay tuned.