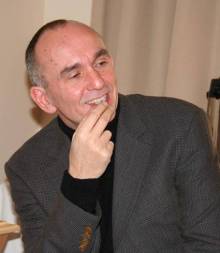 Famed and somewhat notorious game designer Peter Molyneux, creator of the Fable and Black & White video game franchises, will be leaving his studio, Lionhead Studios, and Microsoft. By leaving Lionhead Studios, Molyneux will be leaving a company he co-founded back in 1997, and by leaving Microsoft, he’ll be giving up his seat as creative head of Microsoft Studios Europe, which has yet to have a successor named. Fable fans need not worry, however, as he’ll be staying on as a consultant to help finish the next iteration of Fable, Fable: The Journey.

As for what the future will hold for Molyneux, he announced on Twitter that he’ll be working on an independent venture, a new company called 22 Cans. Hopefully, this venture will incorporate some of the supposed-to-be-comedy-but-often-times-brilliant ideas of the Peter Molyneux parody Twitter account, petermolydeux.

Microsoft wished Molyneux well, and noted that the split was more Molyneux’s choice than anything, and the two parted ways on good terms. His career is marked with extremely ambitious, very creative ideas, though sometimes too ambitious to the point where a lot of the ideas don’t make it into the actual game. However, Molyneux has been around and successful and sought after for so long, whether or not he stayed with Lionhead or Microsoft won’t really change that. It’ll be interesting to see what the oft-parodied developer does next.