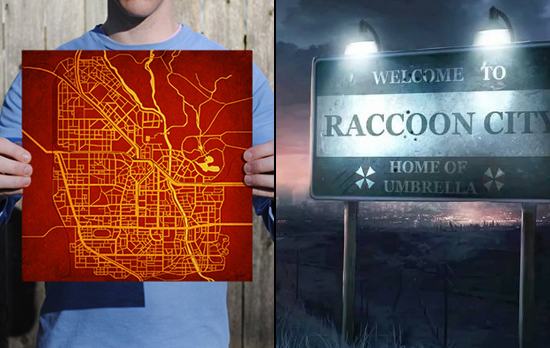 If you tell your parents or significant other that you “finally cleared out all the quests in the Gap of Rohan in the Rise of Isengard expansion” in The Lord of the Rings Online or that you “achieved 100% map completion on Tyria” in Guild Wars 2, chances are, they’re not going to appreciate your hard-won endeavor. But what if the places you explored and conquered in those digital realms were matted and framed on your wall in the real world, rendered as maps of fine art? That’s what City Prints does. If it’s framed on a wall, it’s legit, right?

I mean, there are things in New York’s Museum of Modern Art that are, like, just a few dots of red paint splattered onto a gigantic white canvas. Boring! By comparison, a rendering of the Donut Plains from Super Mario Kart is true art. And when your mom visits, she’ll be none the wiser. It’ll blend right in with Edvard Munch’s The Scream.

City Prints specializes in producing maps in a minimalist, modern art sort of way. They can do real places, of course — and they’ll do custom requests — but let’s be honest: It’s way more interesting to have a matte-print of Raccoon City on your wall than some touristy aerial photo of zombie-free New York City. Their Pop Culture series has maps from video games, TV, comics, and movies.

So take a look at some of their best, then check them out:

City Prints, I’m not sure how your licensing works, but if you could work up some maps from Planescape: Tormentinto a form that’s able to be framed, I’ll be a customer, I promise. 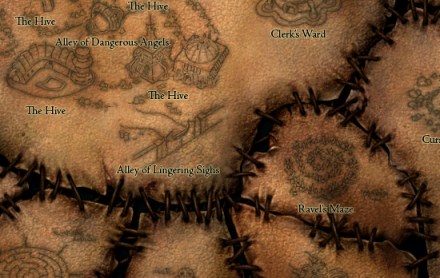 Everyone likes their maps on stitched-together flesh, right?