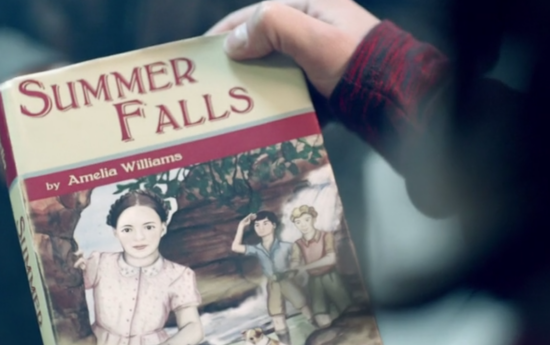 [Update] The original article said the book was being published April 2nd, but my source at BBC Books is now saying it will be available on April 4th. It is available now for pre-order on Amazon.

Summer Falls, a book being read by a character in last night’s Doctor Who episode “The Bells of Saint John” is being published as an eBook on Thursday, April 4th. It’s being put out by BBC Books, and it could be more than just a fun merchandising tie-in. Here’s what I think it could be:

First, here’s the synopsis of the book from a press release by BBC Books:

“When summer falls, the Lord of Winter will arise…”

In the seaside village of Watchcombe, young Kate is determined to make the most of her last week of summer holiday. But when she discovers a mysterious painting entitled ‘The Lord of Winter’ in a charity shop, it leads her on an adventure she never could have planned. Kate soon realises the old seacape, painted long ago by an eccentric local artist, is actually a puzzle. And with the help of some bizarre new acquaintances – including a museum curator’s magical cat, a miserable neighbour, and a lonely boy – she plans on solving it.

And then, one morning Kate wakes up to a world changed forever. For the Lord of Winter is coming – and Kate has a very important decision to make.

Besides the obvious significance of the author being The Doctor’s last companion, the book looks like it could tie into Clara’s backstory and maybe give us some details about who she is, or was. Why do I think that? Look at the girl on the cover. You know her, don’t you? 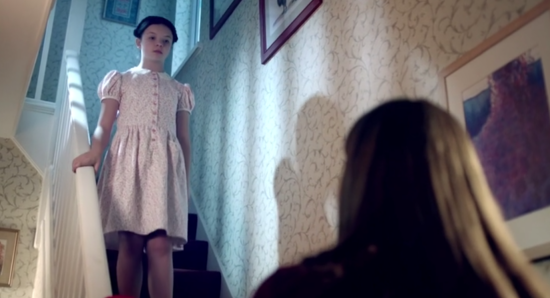 The book will be available Thursday, April 4th for £1.99, which works out to about $3.00, from Apple iBooks, Nook Kindle, and Google Play. If you’re downloading the book via Wi-Fi though, do be careful, won’t you?

By all means, let the wild speculation begin. Who do you think Clara is, and what do you think is in the book? Let us know in the comments.

(via BBC Books, image via The BBC)