Own a Piece of Rapture: Rare BioShock Audio Diary For Sale 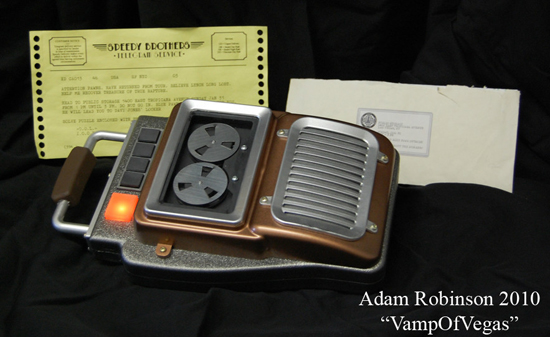 With the release of BioShock: Infinite, and the game’s impressive reviews, there’s never been a better time to rustle up odds and ends from the franchise. Case in point: A ridiculously rare functional BioShock audio diary is currently up for grabs. The eBay auction is slated to close on March 31st, though, so collectors don’t have long to bid.

How rare is this audio diary exactly? According to gameshirts702, the seller, there’s only a grand total of four of these out in the wild. All of them were created as part of a viral marketing effort for the release of BioShock 2. You might remember a little ARG called There’s Something in the Sea, and the audio diaries are a direct result of jumping through all of those hoops.

Unfortunately, the seller’s fallen on hard times financially, and their precious audio diary — which has been kept in a glass box all this time — will hopefully help alleviate this burden. Given that the auction’s up to $1,675 as of writing, I feel pretty confident in saying that it will.

What, exactly, are you getting if you bid on this wonderful gadget? There’s a video of it in action, in case you’re really curious.

Yeah. You could own that.