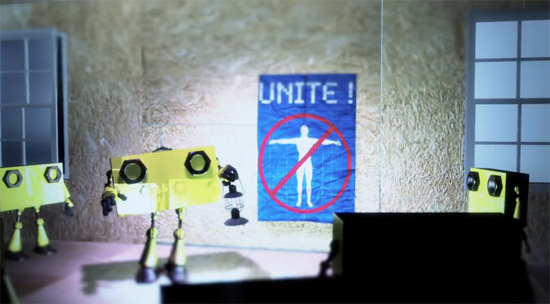 If there’s one band the majority of Internet culture seems to find interesting, it’s They Might Be Giants. Maybe it’s thanks to all those songs being used in cartoons, like the time “Istanbul” and “Particle Man” were featured on Tiny Toons. It also might have something to do with the fact that their songs, in general, are pretty excellent. Regardless, they’re popular for a good reason, and the music video for their song “Nanobots” just released. Try to guess what it has a whole bunch of in it.

That’s right! Nanobots. That’s assuming the headline didn’t give it away. “Nanobots” might not be exactly like what you’ve come to expect from TMBG, or maybe it is. It’s pretty hard to tell with these guys. Their music videos tend to be all over the place in a good way.