They Might Be Giants Explain “Particle Man” With a Handy Flowchart 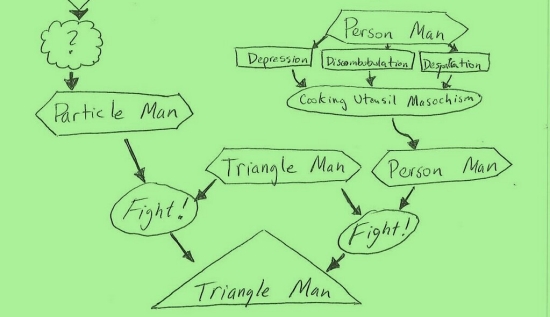 They Might Be Giants may have just released a new EP, but there will always be a place in my heart for their song “Particle Man” which was forever immortalized by the Warner Bros. cartoon Tiny Toons. Is the song confusing? Not really, but just to make sure that everyone is 100% perfectly clear on how things go down in the song, the band just tweeted this handy flowchart from their official Twitter account.

We’re not sure who made the flowchart or why, but the band tweeted it earlier today:

Here’s a better look at the full chart: 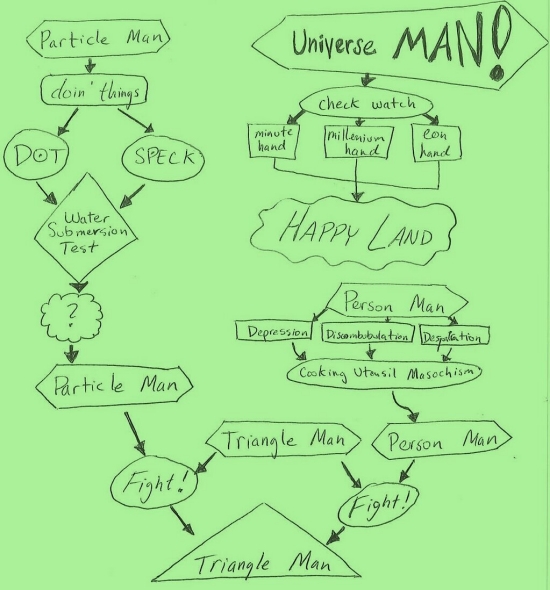 So there you have it. The epic struggle between various types of men explained in flowchart form. You can’t tell me the world is not at least a little better because this exists. Now, here’s two perfect minutes from your childhood: