Rick and Morty's Game of Clue | The Mary Sue

Things We Saw Today: Rick and Morty Get Their Own Version of Clue 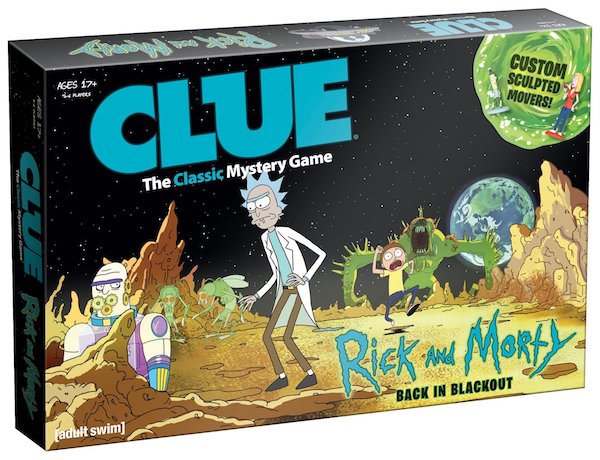 Everyone who’s anyone seems to get remade in the Clue image these days, and now it’s Rick and Morty’s turn.

Nerd Approved has the first look at the game, subtitled Back in Blackout, which will be out in August for your end-of-summer parties. You can pre-order it here. The board itself looks pretty rad: 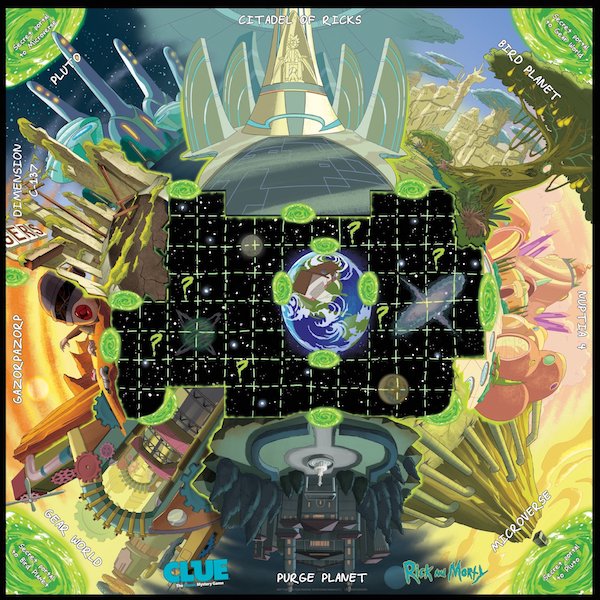 And here’s a summary of the “plot”:

The plans to Rick’s portal gun have been stolen! It’s up to Rick, Morty, Summer, Jerry, Beth and Mr. Poopybutthole to get them back. They must find out WHO stole the plans, WHERE they are hiding, and WHAT item they used to succeed in the heist. It’s an inter-dimensional mystery!

Bonus points if you play with a flask perpetually in hand. (via Nerd Approved)

So what did you see today, my besties?