Item 47 will star Lizzy Caplan and Jesse Bradford as a couple who recovers a lost alien weapon and slip into a life of crime. Excited yet? (via Entertainment Weekly.)

I don’t think babies can get much cuter, but put them in this adorable Star Wars bassinet and you might have me convinced. (via Offbeat Mama.) 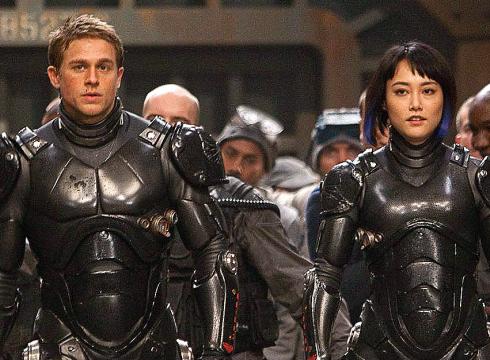 Here’s a Pacific Rim teaser of its two leads — if only the Warner Bros. panel at Comic-Con would happen faster! (via Bleeding Cool.)