Things We Saw Today: Donald Trump Forgot That He’s the President of the US Virgin Islands

If he even ever knew. 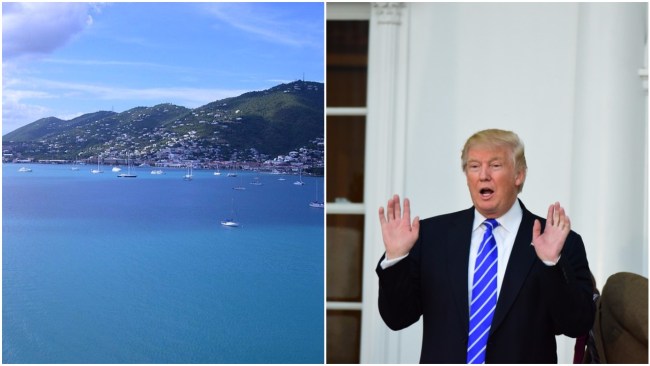 Trump: “I met with the president of the Virgin Islands.”

Uh. Trump is the president of the Virgin Islands. pic.twitter.com/8w4sa2iR2I

While it’s more than likely that Trump has conversations with himself all day (I imagine they go like this: “You’re doing a tremendous job, tremendous. No one could do as enormous of a job as you’re doing. The job is almost as enormous as your hands. Is it time for golf”), the scariest thing here is that it’s actually possible Trump had no idea that he’s the President of these US territories, or that the people who live in the Virgin Islands are American citizens. And he actually met with the governor of the Islands in early October, per his own statement. I wish the Values Voters, who were advertising today for a book called “Health Hazards of Homosexuality,” would take Trump and go to a remote island so that the rest of us can live in peace. (via GQ)

Hooray, it’s Friday! What’ve you got planned, and what did you see today?