“Thor, You Are No Longer Thor. She Is Thor Now and You Shall Be Snortblat.”: Our Favorite Comments Of The Week

Thou are hurting his feelings! 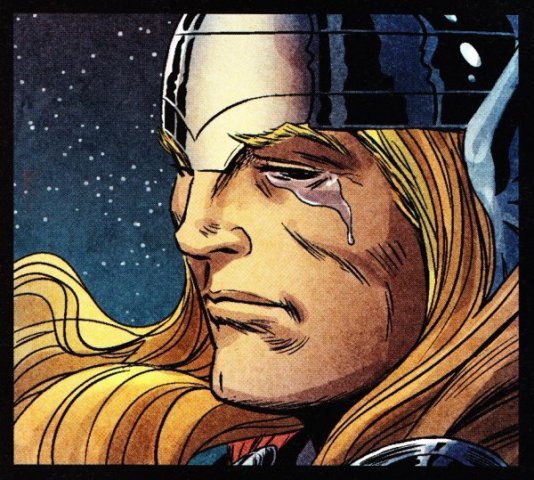 This week, all of the Internet’s favorite white dudes were replaced with a more diverse and representative cast of characters. Let’s see if they notice! We know you all did, so let’s take a look at some of the best stuff you said.

Of course, we’d be remiss if we didn’t begin with the new adventures of Old Thor, AKA “Snortblat.” 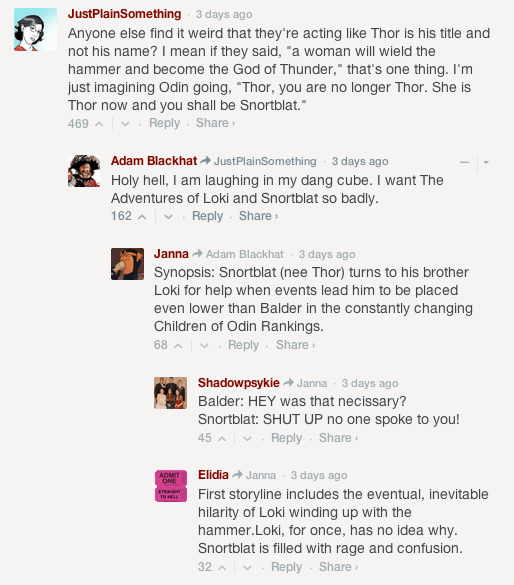 But it doesn’t stop there! The adventures continue:

On the subject of Thor’s new TMS-wide christening, Shadowpyskie notes, “I am not at all convinced that JustPlainSomething ISN’T Loki sitting at a computer screen cackling at us.” We’re okay with that.

“Bechdel bending. A bending technique created by masters Korra and Asami and passed down through legend.” Yeah, we’re gonna need some Legend of Korra/Big Hero 6 fanfiction from you immediately, Charlie.

You know that TSA agent in Florida who didn’t know D.C. was a real place? Jesse Juarez II has another theory. 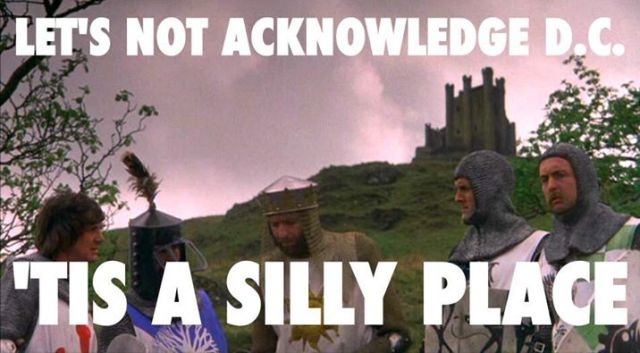 Ashe set us straight with regards to a Dorkly comic showing the cons of owning dragons. “This article is WRONG. There are absolutely no cons to owning a dragon.” I guess you know best!

“Isn’t obvious why Drax gets a butt pose?,” Kristen Rhea said about this Guardians of the Galaxy poster. “Cuz he’s played by Boo-tista.”

Speaking of which, Eric Weins had a great idea for Marvel’s next big announcement: “An alternate release of Guardians of the Galaxy where Chris Pratt is shirtless, all the time.”

Spaceman! had some apologies to make about emulating everything they see Tom Hiddleston doing on film: “I, for one, feel SUPER awkward having just last week attempted to conquer and enslave all of mankind. And the less said about my antics after seeing Tom in Corialanus the better…”

Finally, Kristopher Smith and brainmist have a posterior-pun battle over my honor. 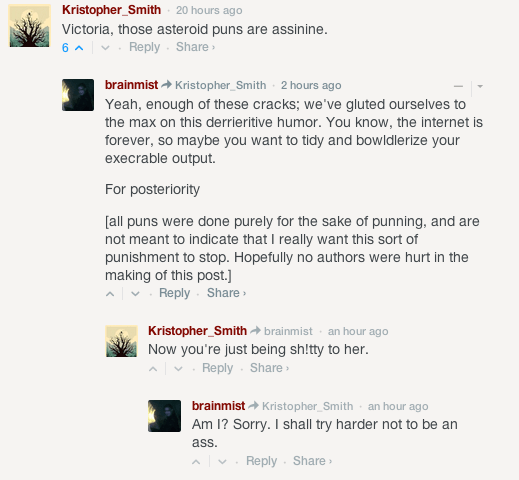 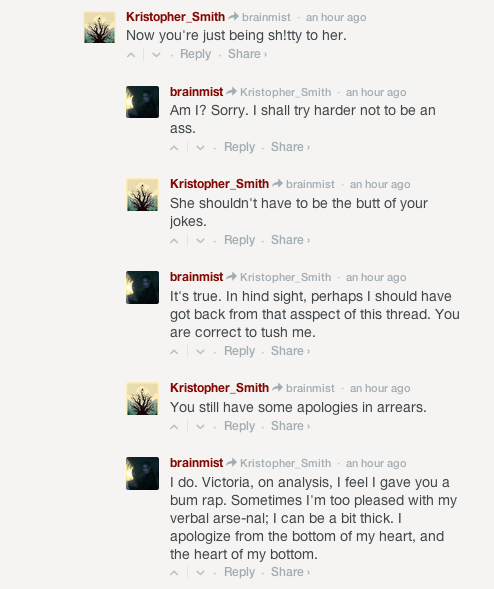 I forgive you, brainmist, butt you’re on thin ice!