The New Big Hero 6 Trailer Is Impossibly Cute, And So Are These Character Posters

"We jumped out a window!"

Just on the heels of the official voice cast announcement, a new trailer for Big Hero 6 has arrived. Oh. Oh my god. I am here for Baymax, y’all. We’ve also got a closer look at some of the character designs for the rest of the team, and they actually look pretty rad. Of course, they’re not all Baymax, so they can’t be that great. (Seriously, I’m obsessed.)

Now that we know the full cast lineup, it’s a lot easier to pick our familiar voices in the trailer, like Scott Adsit as Baymax and Maya Rudolph as Hiro’s mother (though I think we all would have recognized T.J. Miller as Fred anyway). We also get a better glimpse at San Fransokyo, and while it’s absolutely possible Disney could still mess up the cross-cultural influence and come off very appropriative with all the Japanese elements, how cool is that your average desk cop knows what a kabuki mask is in this universe?

In addition, Disney also released some official character posters which give us a better glimpse at the heroes we’ll be working with. You can see the rest of them at Comics Alliance, but here are our favorites of the bunch: 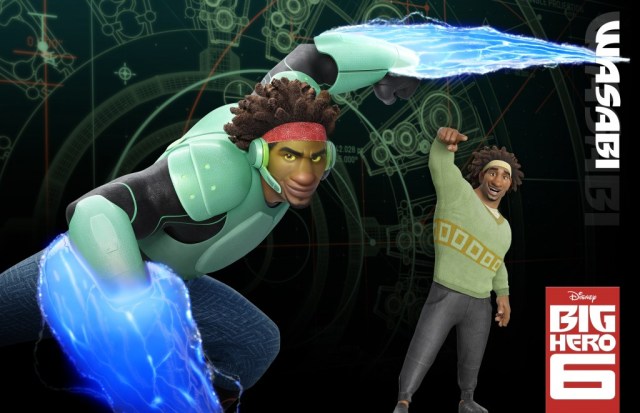 So it’s officially “Wasabi” now and not “Wasabi No-Ginger” like we saw in those fake leaked posters. Which is a little better. Also, I’m digging his dual-wieldy light blade hands a lot. 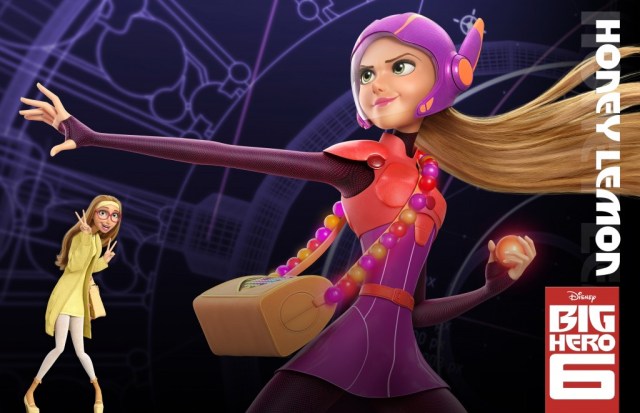 Honey Lemon is still pretty Rapunzel-reminiscent, but seeing her in her civilian clothes eases the facial similarities in my opinion. Look at how tall and gawky she is! And when you compare her to Gogo (below), it looks like overall their character designs are pretty different from one another, which is promising. Look, you can have more than one type of girl in a 3D Disney movie! 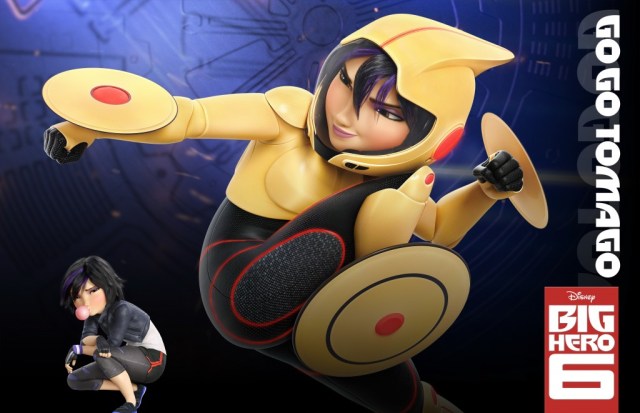 Oh no. You are going to be my favorite, aren’t you. Here’s to both of you ladies bending the Bechdel Test to your unshakeable wills.