Today’s Dystopia News: A Woman Is Facing Up to a Year in Prison After Being Found Guilty of Laughing 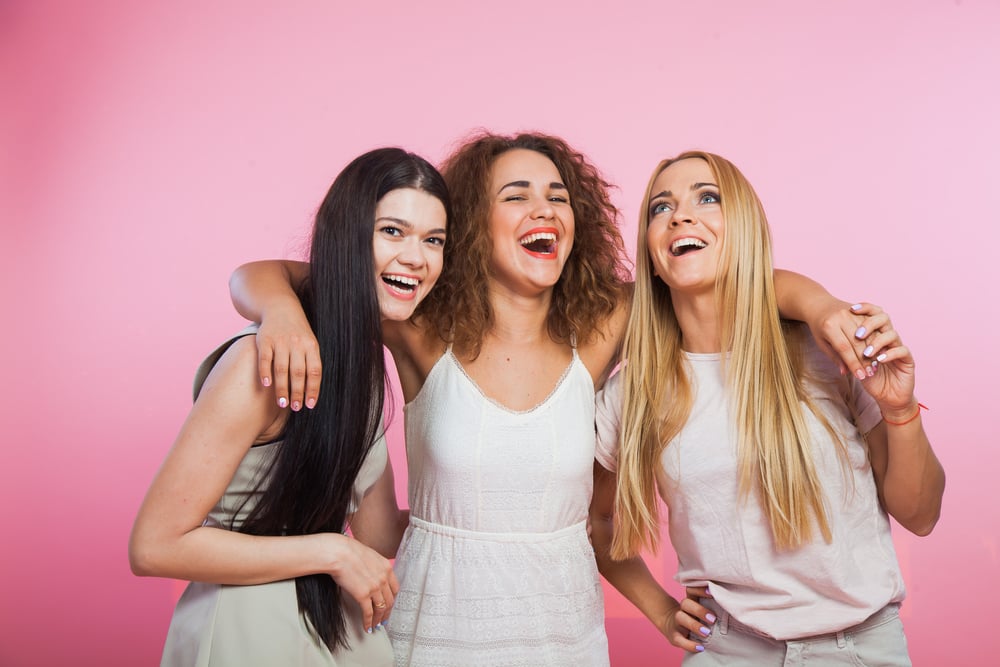 Back in January, Jeff Sessions’ confirmation hearings were flooded with protestors. As the Senate panel set out to decide if Sessions was too racist to be the country’s Attorney General, the hearings were interrupted by Code Pink protesters dressed in KKK robes; 1,400 law professors signed a letter protesting his appointment. Multiple NAACP members were arrested for staging a sit-in in Sessions’ office. One woman was removed just for laughing out loud.

That seemed pretty unreasonable at the time, but little did we know that woman’s story was about to get so much worse. She was just found guilty on criminal charges. For laughing. If that doesn’t read like a Handmaid’s Tale B plot, I don’t know what does.

Desiree Fairooz is a 61-year-old Code Pink activist. During Sessions’ sessions, she reportedly laughed and scoffed a few times and was warned to stop, but when one senator said Sessions’ history of “treating all Americans equally under the law is clear and well-documented,” Fairooz’ laughter was deemed a disruption. Not only was she removed, but she’s now been convicted of “disorderly and disruptive conduct.”

I think most of us here would agree that that senator’s comment was worth the loudest scoff imaginable, since opposing women’s rights, immigrants’ rights, and Civil Rights doesn’t exactly read as “treating all Americans equally under the law.” Sessions is a man who opposed reauthorizing the Violence Against Women Act and supported gutting the Voting Rights Act. He thinks hate crimes are “thought crimes” and he once said the only problem he has with the KKK is that they smoke pot. He’s called the NAACP and the ACLU “un-American” and “Communist-inspired” and were “trying to force civil rights down the throats of people.” So yeah, I think Fairooz’s laughter there was warranted.

But even acknowledging the laughter as a reasonable response goes too far in normalizing its treatment as a criminal act. Fairooz claims her laughter was a natural reaction, not a planned disruption. The prosecutor says it was meant to “impede, disrupt, and disturb the orderly conduct” of the hearings. Either way, a woman was brought into court this week and convicted because she laughed at a powerful man. Remember, this was the same hearing that saw Elizabeth Warren evicted after “she was warned; she was given an explanation; nevertheless, she persisted.”

Sessions’ hearings were being used as a forum by which to make examples out of women, that their insolence will not be tolerated. Remember how Sessions made a joke during the hearing about never disagreeing with his wife, and how many people in the audience laughed at that? Fairooz’s lawyer asked why that laughter was acceptable, and not hers? One of the prosecutors insisted it was permissible to laugh at Sessions’ joke, but not at the senators’ words. Meaning, they get to decide what our reactions are. They decide when we speak (as with Warren) and when we laugh.

Of course, it’s not like those laws are applied equally.

In that case, what’s the statute of limitations on shouting “You lie” at a sitting president during the State Of The Union https://t.co/LsK19MnAeD

The weird manipulations and self-serving conflicts of interest here are staggering, even for someone associated with the current political administration. Reports from the courtroom indicate that the prosecutors focused primarily on Fairooz’s laughter (since that was the act being deemed criminal), but members of the jury said that they were looking more at her subsequent behavior. The jury foreperson said, “She did not get convicted for laughing. It was her actions as she was being asked to leave.” You can see those actions–her refusal to leave and her questioning of why she was being forced to go–in this video.

Another protester escorted out of Sessions hearing. Her original offense appeared to be simply laughing. pic.twitter.com/p6lWzBVFRW

Multiple jurors said they “did not agree that she should have been removed for laughing.” They believe the arresting officer made a mistake. That officer, by the way, had never made an arrest before, and had also never worked a Congressional hearing. Yet they found Fairooz guilty for her reaction to that mistake, saying that even though that wasn’t the actual charge, the laws were “so broad” they felt a need to convict. (Is anyone else seeing flashes of United?)

HuffPost reports that at least three jurors said they felt pressured to convict. One said “There’s almost no way that you can find them not guilty.” That could, possibly, have to do with the fact that the prosecuting was done by the Justice Department–the very department Jeff Sessions runs as Attorney General. How was Sessions essentially allowed indirect control over a case centered around an instance of someone mocking him? How do we live in a country where laughter is now punishable by up to a year in prison? How is any of this being allowed to happen?

Fairooz was tried along with two of the men who dressed as Klan members. She released a statement to Code Pink, saying “I felt it was my responsibility as a citizen to dissent at the confirmation hearing of Senator Jeff Sessions, a man who professes anti-immigrant, anti-LGBT policies, who has voted against several civil rights measures and who jokes about the white supremacist terrorist group the Ku Klux Klan.” We can now add “man who approves sending women to jail for laughing” to that list.