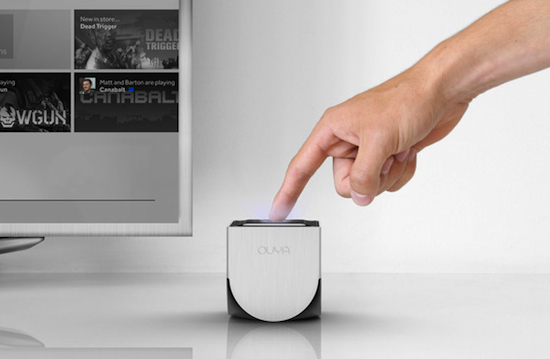 Just to refresh your memory and inform those unfamiliar with the game system, OUYA is a console built on Android open-source technology that recently accumulated nearly $8.5 million in funding on Kickstarter. The brainchild of video game industry vet Julie Uhrman, she and her development staff hope to draw gamers back to television-based consoles as well as provide a creative outlet for indie game designers. Today it was discovered on the official OUYA message board that development consoles and software development kits (SDK) are being delivered sooner than expected, with some of them arriving by tomorrow. What does this mean? Basically, development studios can get a jump start working on their projects for what some believe will be a revolution in the gaming industry.

As we said earlier, the official OUYA message board — and even Twitter — are aflutter with excited developers announcing to the world that their development consoles and SDKs are en route and arriving on doorsteps come tomorrow. Initially, the game system’s founders stated that shipping was expected to begin on December 28th, but, now evidently ahead of schedule, everyone who placed an order for the kits should expect to receive their own in a delivery time window up until January 10th.

Though met with criticism, the gaming community and even major developers are putting their faith in OUYA. So far, high profile development studio Square Enix has already shown third-party support with the promise of Final Fantasy III as a launch title. Meanwhile, the OUYA staff is currently in talks with Namco Bandai. Because that’s what OUYA needs to stay afloat in this industry: Pac-Man and plenty of chocobos!

(SlashGear via The Verge, image via Stratageme.com)