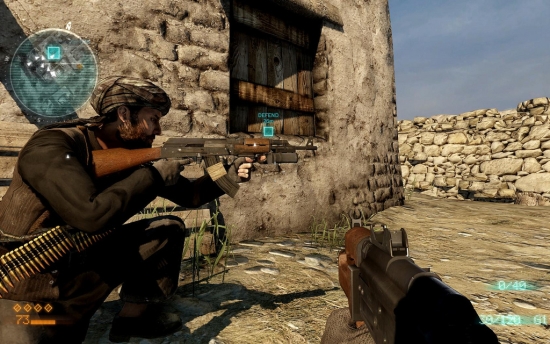 When it was announced that Electronic Arts would be partnering with gun companies for the latest outing of their Medal of Honor franchise, the vast majority of those following along let out a collective sigh. “Great,” people said to each other, “Another reason to blame video games for gun violence.” EA has finally agreed in the wake of the Sandy Hook massacre and pulled the links to gun retailers from the Medal of Honor: Warfighter site. All it took was a national tragedy for them to realize their mistake.

The media will obviously continue to point the finger, as we’ve said time and time again, but the general consensus was that this was a poor choice from the start. In August, The Gameological Society’s Ryan Smith had this to say on the matter:

[…] if we want the vicarious thrills of violent video games to remain morally justifiable, we need to protect the fourth wall between the first-person shooter and real life. EA’s willingness to make a connection between a video game gun and an actual firearm is the strongest evidence yet that we’ve already let the wall crumble too much.

Smith’s not wrong. The water’s already murky enough without directly allowing the sale of guns from a video game website. There’s a certain line, typically phrased as knowing the difference between fantasy and reality, that should generally be applied to such things.

According to BBC News, a representative for Electronic Arts said, “We felt it was inappropriate and took the links down.” The fact that it wasn’t inappropriate when they first partnered with the gun companies is more concerning than the fact that they realized keeping the links would be a PR nightmare.