Matt Smith Is Torturing Us About The Future Of Doctor Who 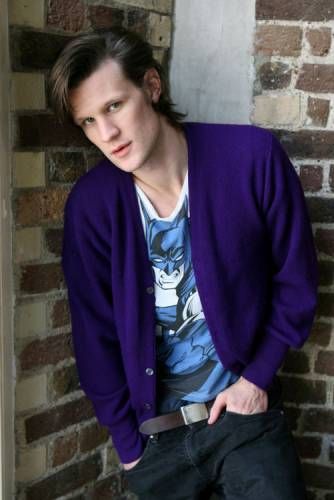 Rule #1: The Doctor Lies. In this case, the Doctor confuses, confounds and all-around confuddles fans about whether or not he’s sticking with the long-running British sci-fi show or if he’s wearing a countdown clock.

Current show runner Steven Moffat has said that any Doctor Who movie would star the current TV actor and Moffat has already confirmed the departure of Amy and Rory after next season, but what about the 11th Doctor? Matt Smith is quite back and forth on the topic.

Previosly, Smith said he’s got another year of Who. Whether that means that’s all he’s contracted for or that’s all he’s doing period was unclear. Though he does have a keen interest in L.A. When asked if the U.S. would be getting his talents soon he said, “Hopefully soon, you know. I’ve got another year of Doctor Who, but then I’m certainly going to come and give it a shot -– come and hang out in LA … as you say, people like Andy [Garfield] have come over, and he’s a mate of mine. I’m very proud to see him doing Spider-Man, ’cause we did a play together, and, you know, he’s Spider-Man now. It’s incredible.”

But at the recent National Television Awards, Smith gave a contradictory statement and then what seemed like a similar one. See what you think. “I’m here for the future, you know, I love making the show. I have no plans to leave. I’ve got a year of Who and I’ll take it from there really but I’m absolutely interested in films,” he said, adding he’s also really interested in directing.

I’ve got it! Star in, and direct, the Doctor Who film, Matt. There. Problem solved.

Smith also talked briefly about his companions forthcoming departure. “I sort of always knew that me and Karen [Gillan] have slightly different journeys in this show,” said Smith. “I’m sad because I enjoy working with Karen and Arthur [Darvill], they’re wonderful guys. But also, this show is bigger than all of us actors in it, and bigger than all of us who write it, and it’s been going far longer and will continue far longer and have a life way after me. I’m here for a very small period of time.”

What do you make of his vague statements?