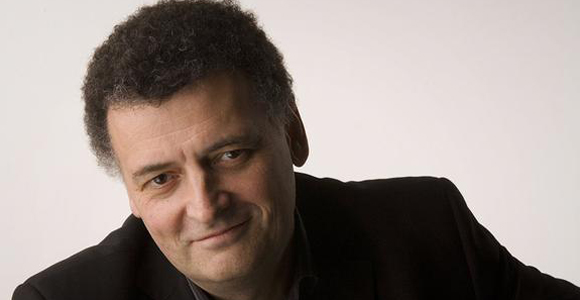 I’m not sure who or what to believe anymore. Talk of a Doctor Who movie is something that’s floated around for a while but was recently renewed when Harry Potter director David Yates announced he was going to direct it. Well that got more than a few people in a tizzy, fans and creators alike. Now current showrunner Steven Moffat has come out to “lay down the law,” as it were, on what will and won’t be happening in a potential Doctor Who movie.

“To clarify: any Doctor Who movie would be made by the BBC team, star the current TV Doctor and certainly NOT be a Hollywood reboot,” Moffat tweeted. Interesting because in his original interview, Yates made it clear that his adaptation would NOT follow the current BBC TV series, but would be a “radical transformation.” ”Russell T. Davies and then Steven Moffat have done their own transformations, which were fantastic, but we have to put that aside and start from scratch,” said Yates.

Moffat followed up the first Doctor Who movie tweet with another, “David Yates, great director, was speaking off the cuff, on a red carpet. You’ve seen the rubbish I talk when I’m cornered.”

It seems Moffat is doing whatever he can to counter what Yates has already said, not just on the red carpet but in two other follow-up interviews. The director told MTV they are a long way off but searching for a writer and told the LA Times he’s “starting from scratch.” Though he made sure to praise the past few years of the long-running British show. “Steven Moffat has done a wonderful job and Russell T. Davies who kind of reinvented it the first time around, they’re great,” said Yates. “David Tennant was great. Matt Smith is brilliant, he’s marvelous, and very, very clever.”

It really makes me wonder how much Moffat statements are him stating what is truly happening versus him putting it out there for the world (and perhaps his bosses at the BBC?) to see that this movie will only get made without him and his team over his dead body. I’m not sure how much power he has in his showrunner contract but I would assume the BBC has the final word. But maybe this is his attempt to rally fans to is side of the camp, not that he really needs to try.

For me, the bottom line at the moment is this statement made by the BBC America Twitter account, “A Doctor Who feature film remains in development [with] BBC Worldwide Productions in Los Angeles. As of yet there is no script, cast or production crew in place.”