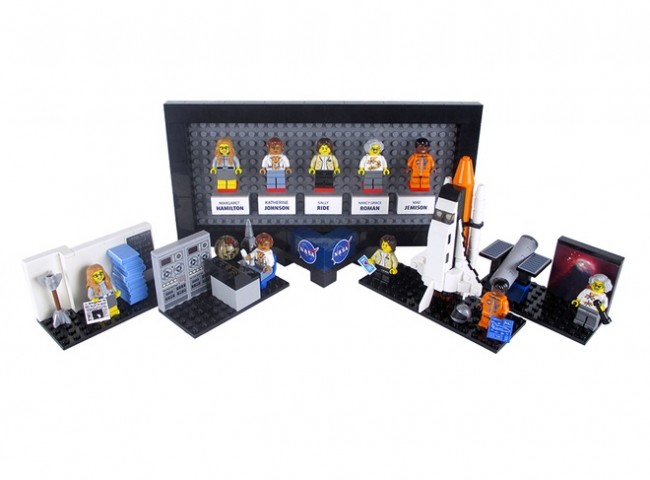 There are lots of neat LEGO set ideas on … LEGO Ideas, fittingly enough, but every once in a while, one comes along that particularly catches our eye. That’s worked out for us pretty well in the past with the success of the female scientist LEGO set, and now we’ve got another worthy project: the women of NASA in LEGO form.

You see, the sets on LEGO Ideas may be user-submitted, but they can become very real, official LEGO products if they manage to garner 10,000 votes and get approval by LEGO, as the LEGO scientists did. Current gender-based marketing concerns notwithstanding, LEGO has long been a proponent of equality when it comes to their toys, and seeing yet another set that focuses on the scientific achievements of women would be great.

As the Women of NASA Ideas page says: “Women have played critical roles throughout the history of the U.S. space program, a.k.a. NASA or the National Aeronautics and Space Administration. Yet in many cases, their contributions are unknown or under-appreciated—especially as women have historically struggled to gain acceptance in the fields of science, technology, engineering, and mathematics (STEM).

This proposed set celebrates five notable NASA pioneers and provides an educational building experience to help young ones and adults alike learn about the history of women in STEM.”

The set includes figures for Margaret Hamilton (computer scientist who developed the Apollo Moon mission flight software), Katherine Johnson (who calculated trajectories for the Mercury and Apollo programs), Sally Ride (physicist and the first American woman in space), Nancy Grace Roman (an astronomer with a big hand in planning the Hubble Space Telescope), and Mae Jemison (medical doctor and the first African-American woman in space). It comes complete with a display plaque with name tags, as well as the appropriate vignette sets you’d want to live out all your women-in-space geekery in safe, earth-bound, plastic brick form.

If you want to see it become reality, head over and vote on LEGO Ideas!