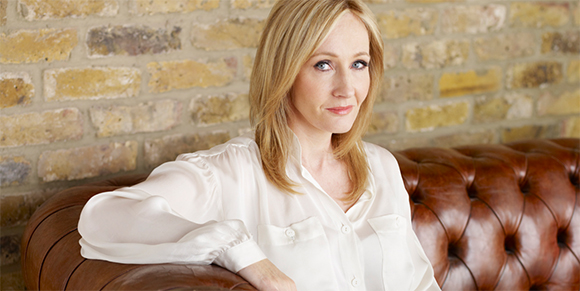 Praise Merlin! J.K. Rowling revealed to a crowd at the Cheltenham Literature Festival that her next book will likely mark her return to children’s literature, though the book will be geared toward a younger audience than Harry Potter. (Which will stop now-grown Potterites from reading it about as much as the “children’s literature” label stopped all those teens and adults from reading Potter.)

“I have a lot of things on my laptop currently,” said Rowling, who was at the festival promoting her first adult book, The Casual Vacancy,

including a couple of things for children – for a slightly younger age group than Harry Potter was aimed at – which are nearly done and will, I think, be the next thing I publish. I have run them by my children and they seem to like them, which is always a good sign.

She gave no additional details on the story ideas and didn’t indicate whether any of them are set within the Harry Potter universe. Given that The Casual Vacancy just came out last month we’ll likely be waiting years for the next book, though I’m keeping my fingers crossed for her to announce soon that it’ll be the first in a series about the Weasley twins (Fred never died, that was just a nasty practical joke Rowling played on us, ha ha!) going back in time and having a bunch of wacky misadventures with the Marauders.