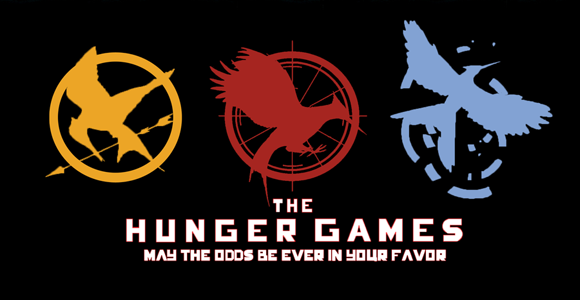 The Girl on Fire has defeated the Boy Wizard in a battle for the ages! Suzanne Collins’ The Hunger Games trilogy has now outsold all seven of J.K. Rowling’s Harry Potter books to become Amazon.com’s best-selling book. And the odds weren’t even in their favor!

Amazon had previously announced that Collins herself was Kindle’s best-selling author. Something we pondered at the time was the fact Rowling had no yet allowed for the release of Harry Potter ebooks. That all changed in March when her long-awaited Pottermore opened to the public. You could download Harry Potter ebooks onto any reader but the selling power remained with Rowling’s website. Things changed again in May when the author struck a deal with Amazon to make the novels available through their lending library.

But the news today is that Collins has overcome Rowling not just in ebook sales but print as well. And frankly, I’m pretty shocked, mostly because of the simplest reason.

“Interestingly, this series is only three books versus Harry Potter’s seven, and to achieve this result in just four years is a great testament to both the popularity of the work and, we think, the growth in reading digitally during that time,” Amazon Editorial Director Sara Nelson told the Wall Street Journal.

THG also beats Potter’s numbers in Amazon’s lending library as well but no exact figures were given out for either.

What do you attribute this seemingly bizarre win to? Collins’ work has certainly captivated a lot of people but from where I’m sitting, it has yet to become the international phenomena Rowling’s series has. Of course this is just information from one retailer but it’s definitely something to think about.