Jennifer Lawrence Gets A Huge Salary Bump For The Hunger Games: Catching Fire 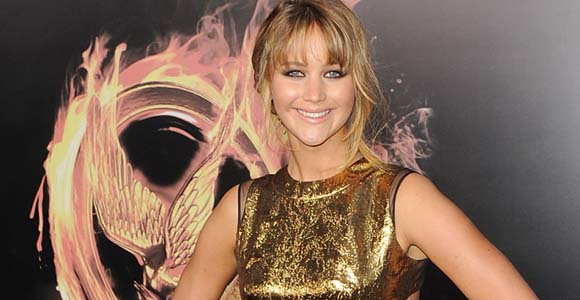 You ready for it?

She’s worth every penny and more if you ask me. While fans of Suzanne Collins’ novels would have flocked to the theater regardless, a lot of them came, and came back, for Lawrence and her fantastic portrayal of Katniss Everdeen.

According to the Hollywood Reporter, “The actress is in the final stages of negotiating a rich deal to return for Catching Fire that will pay her somewhere in the $10 million range, according to sources close to the deal. The figure is a combination of salary, bonuses and escalators. Depending on the box-office performance of the film, she could earn much more.”

However, Lawrence did have a box-office bonus worked into her original contract so she likely walked away with a bit more than $500k for the first film. “Her original deal with studio Lionsgate locked her into four planned films based on the best-selling Suzanne Collins trilogy, but producers — recognizing the success of the franchise — moved to renegotiate her contract as the film became an international sensation,” writes THR. “Lawrence’s co-stars Josh Hutcherson and Liam Hemsworth also are said to have renegotiated their contracts, but each will receive far smaller raises, according to sources.”

Production on the film starts next month in Georgia with director Francis Lawrence at the helm and a release date of November 22, 2013.