Dear White People, I Need To Matter Beyond a Thank You

If my life only matters when it’s convenient to you, then you’re part of the problem. 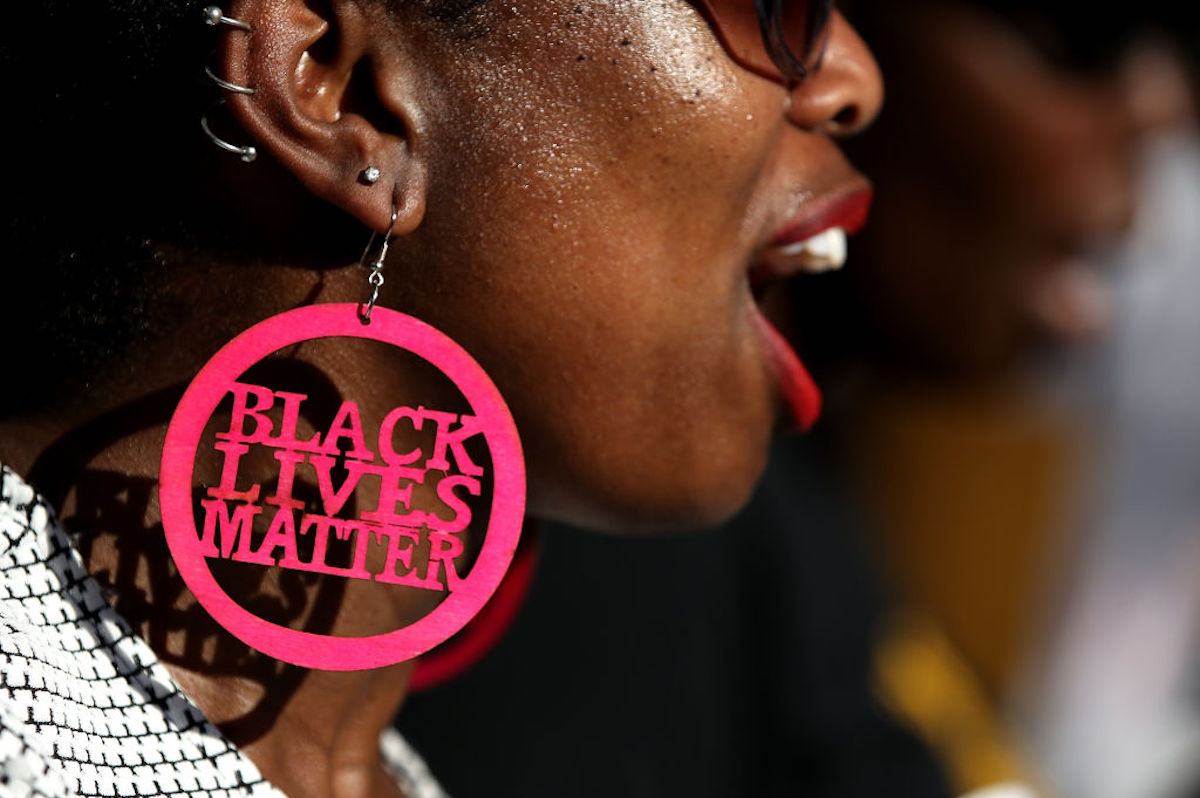 So we’re getting a new president and vice president, which led to copious amounts of celebrating in the streets—literally. It also led to a standing ovation toward the Black community, many thanking us for absolutely rocking the vote and pushing to make sure our voices were heard.

While it’s true that we did, indeed, do that, a memory unfurled itself from the corners of my mind. Summer 2020. Black Lives Matter protests all over the world. Bountiful Twitter handles with the acronym (BLM). Several company statements promising to support and, more importantly, do right by the Black community—even in regards to hiring.

So when I see the white thank you and I see you commentary I can’t help but wonder … will my cries be left on read again? What can (and should) people do to make real progress?

Caring without any fine print

The radio silence, once our murders were no longer trending, was an additional gut punch I didn’t need on top of a truly difficult year. But this, sadly, is a pattern with white folks. They get on board when it’ll get them likes, say her name until it stops garnering them invites to the cookout, celebrate the election, and thank us without acknowledging the fact that they needed us to carry this win because THEIR people were ready to usher Trump back in. MORE white women voted for him this time.

That’s alarming, white people, and I need you to be concerned—and no, I don’t mean your sudden fascination with both sides-ing this situation. Seriously, stop telling us to embrace people who not only hate us but were emboldened to do so, to the point that there was a hat they could wear for it.

Turning our relief over Trump being voted out into a “both sides” moment implies that both sides were in the wrong, but—what did Black people do that needs to be forgiven? This isn’t some “two kids sit in the time out corner and think about what they did because they both threw punches” scenario, this is a case of “Kid A keeps throwing rocks at Kid B and has been since Kid B was forced into this school.”

Y’all really do be forgetting that trust and respect have to be earned. I truly can’t explain the amount of privilege you have in your ability to look us in the face and say to reach out toward our oppressors.

“I’m trying,” white folks say. “And I’m learning.” Cool. Here’s a list of other things you do that’s very much a part of your conditional caring of us:

Did you read that first part and say, “That’s not me.” Cool. Now, do NOT post in the comments that you’re not like that. Don’t give me a resume of your life that includes your diverse background, how you grew up around Black people, making you the, sigh, minority, how you go to protests, who you voted for, just … BE a good person without expecting a pat on the back all the time. Thassit. I don’t need reassurance that there are good white folks out there. I know there are because of their actions, not their need to remind me of the time they helped a Black person carry their groceries or whatever.

I feel like we’ve had the white privilege talk before, but I’m concerned about the folks who do get the concept of it but refuse to accept that they benefit from it. Knowing that you have white privilege doesn’t make it go away, it doesn’t negate your whiteness and how it allows you to navigate this world compared to the rest of us.

In a way, the ability you have to suggest that we break bread with Trump supporters despite their lack of effort to show any sort of compassion toward us is PEAK white privilege. Newsflash: them calling for peace fresh after the election isn’t some good-faith move where they’ve learned the error of their ways, they’re scared that they’re gonna be treated the same way we were when Trump got elected. Watch, like, any form of media where the villain is dethroned and surrounded by the heroes, laughing nervously, body language screaming why can’t we be friends? How ironic, so close to Thanksgiving, to champion coming together with folks who took delight in belittling us. Revisit Trump supporters around this time next year and see if they’ve actually changed.

This is especially crucial for white people within oppressed groups to accept. Yes, you’re a woman, or you’re queer, or you’re disabled, but you are still white and that still gives you an advantage over Black and non-Black POC. That doesn’t mean you don’t have your own struggles, but it does mean that in the case of dismantling white supremacy you have privilege over us, especially those of us who intersect with other forms of marginalization, especially those of us who see racism within those other marginalized groups.

There’s a reason why I stopped going to Pride in my city.

Disclaimer: if you’re only listening to the Black folks who are coddling you or who are agreeing with you because they’re desperate to keep being your Black Friend(TM) then you aren’t listening to enough of us. Not only will you always find the “I’M BLACK AND I’M NOT OFFENDED” person in the comments, but not all of us are in an environment where we can be candid about our feelings.

Shout out to the Black folks working in toxic work environments, but getting a job in the middle of a pandemic is a thing so they endure.

Shout out to the lone Black person whose been silenced at work then put on display when diversity comes up.

And, can I be honest? If white folks actually start listening, like, for real for real listening, maybe they wouldn’t be so “clutch my hand to my chest” shocked when they see how racist something is. There’s only so many “we been saying this” responses we can have when one of you discovers that, huh, maybe voter suppression is a thing?

And, look, can I be honest again? If white folks actually start listening, like, for real for real listening, maybe they’ll actually start doing what we ask instead of the performative nonsense they come up with. Y’all remember the safety pins? Yeah, me either.

To be honest, the fantasy where we all come together isn’t a bad dream to have, the problem is how this goal, from a white perspective, is almost always conditional. It’s often left up to those who stand to lose the most when facing white supremacy and not the ones who benefit from it. White people need to truly want to do the work instead of waiting for us to come save them from themselves, because real talk? We knew we couldn’t rely on you to get Trump out of here (hi 55%) and we knew we’d be the ones feeling the brunt of yet another four years of MAGA hats and Trumpers unironically dancing to Rage Against the Machine.

You’re benefiting from us, as always, while you continue to dictate what you think should happen without holding your folks accountable for their absolute fuckery over the past … forever.

I need more than threads of cheeky Black gif reacts as we save a country that constantly condemns us. I need to matter beyond a thank you, beyond that BLM in your Twitter handle.

I need to matter. Period.