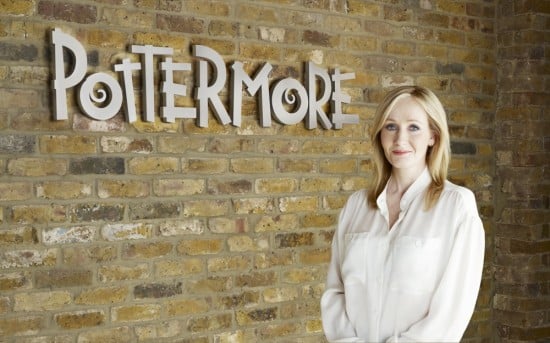 The last big announcement we had about the ebooks was that their availability was getting pushed back. “In order to allow us to focus on our first priority: opening Pottermore to as many people as possible and making the experience as good as it can be,” said the site.

As of right now, the main Pottermore page still says the website is in Beta testing but if you look to the right and you’ll see a little sign that reads, “Looking for ebooks?” You scream “YES!” and click on the link and it will bring you to the store. They’re also being sold on Barnes & Noble’s website., which is weird, because I was under the assumption they were being sold exclusively through the Pottermore site. The Wall Street Journal says several, regular book retailers with digital devices will actually be selling the books though. “In those cases, the digital editions will be downloaded directly to the Sony Reader, Kindle, the Nook and Google Play from the Pottermore site. The retailers will get a cut of the sales.” She’s yet to cut a deal with Apple but iPad users will still be able to download the books through other retailer apps.

Today, only the English language versions launched, “Editions in French, Italian, German and Spanish will feature in a second wave,” says Gizmodo. “The site claims the ebooks work with all dedicated e-readers, tablets and mobile phones. The first three novels—the shortest ones—are priced at $8 each, while the final four, which are much longer, go for $10. Or, you can by the entire back catalog for $58. If you’re a crazy fan.” Which we obviously are.

The digital audio versions of the novels by both Jim Dale and Stephen Fry are also available and new content will pop up down the line.

So, will you be downloading them all today? Or perhaps read them for the first time because they’re now available?