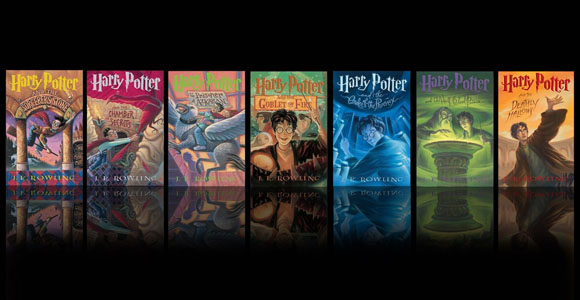 For a long time, Harry Potter fans were wondering when J.K. Rowling’s novels about the boy wizard would make their way to e-readers. Turns out, she was holding out for something extra special – Pottermore. Although you can download the series onto Sony Reader, Kindle, the Nook, and Google Play, and the retailers get a cut of the sales, the power still resides with Pottermore. Until now. Rowling has struck a deal with Amazon to offer all of the Harry Potter books through their lending library.

“Starting June 19, Amazon.com (NASDAQ:AMZN) is adding all seven Harry Potter books (in English, French, Italian, German and Spanish) to the Kindle Owners’ Lending Library (KOLL),” according to the press release. “Harry Potter is the all-time best-selling book series in history, and Amazon has purchased an exclusive license from J.K. Rowling’s Pottermore to make the addition of these titles possible.”

And you’ll be able to read them through Amazon’s Kindle Owners’ Lending Library.

“The Kindle Owners’ Lending Library is a benefit of Amazon Prime membership—Prime members also enjoy free two-day shipping on millions of items and unlimited streaming of more than 17,000 movies and TV episodes,” they write. “With traditional library lending, the library buys a certain number of eBook copies of a particular title. If all of those are checked out, readers have to get on a waiting list. For popular titles like Harry Potter, the wait can sometimes be months. With the Kindle Owners’ Lending Library, there are no due dates, books can be borrowed as frequently as once a month, and there are no limits on how many people can simultaneously borrow the same title—so readers never have to wait in line for the book they want.”

“We’re absolutely delighted to have reached this agreement with Pottermore. This is the kind of significant investment in the Kindle ecosystem that we’ll continue to make on behalf of Kindle owners,” said Jeff Bezos, founder and CEO of Amazon.com. “Over a year, borrowing the Harry Potter books, plus a handful of additional titles, can alone be worth more than the $79 cost of Prime or a Kindle.”

This is a pretty big step in the digital availability of Harry Potter. Are any of you frequent users of KOLL?