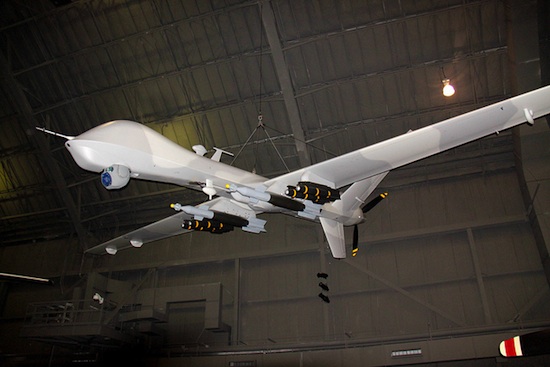 A while back, we brought you the news that the Pentagon was considering awarding a new medal — the Distinguished Warfare Medal — to soldiers who may have never set foot on a battlefield. That idea didn’t set well with some lawmakers and plenty of veterans, though. In the face of these protests, newly minted Secretary of Defense Chuck Hagel has ordered a halt to the production of the medals pending a review of the new award.

Most of the complaints over the medal haven’t come over it being issued to soldiers who aren’t in the thick of combat, but over where the medal is ranked — its “order of precedence,” in military speak. While drone pilots being eligible for a medal is largely non-controversial, that award being ranked more highly than the Purple Heart issued to soldiers wounded in combat left a bad taste in many mouths. Hagel has ordered Patrick Dempsey, the Chairman of the Joint Chiefs of Staff, to review the rank of the medal and report back on whether or not it is appropriate.

If it’s found not to be, that wouldn’t necessarily mean the end of awards for drone pilots and computer geeks serving the military remotely, but it could spell the end of the Distinguished Warfare Medal. If the original rank is judged inappropriate, any new medal would have to be renamed and redesigned. The AP reports that the review should take place within 30 days, so we’ll know more then.