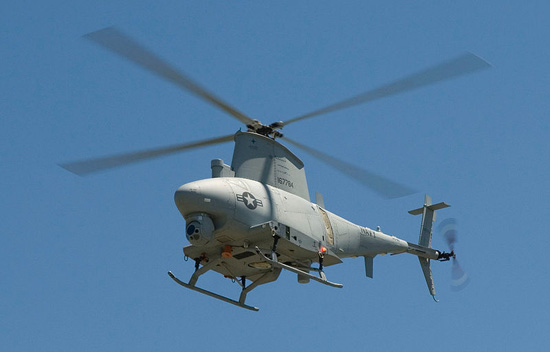 A new contract announced last Wednesday should give all Linux users a warm feeling, as the Navy has decided to make the open source OS the foundation for its drone fleet. All it will cost is about $34 million for the entire fleet of MQ-8B Firescouts. No word if they’ll be getting Tux decals too.

The contract between the Navy and Raytheon Intelligence and Information Systems was reported this past Wednesday. According to Defence Professionals, the no-compete contract is “to complete Linux transition on the tactical control system software for vertical takeoff unmanned air vehicle ground control stations.” The cost is $27,883,883, in addition to $5,175,075 of funding set to expire at the end of the year.

According to the Register, the U.S. Navy currently has only one VTOL drone model: The MQ-8B Firescout. These helicopter drones have already been deployed to Africa, Afghanistan, Libya, and have also seen some action in the never-ending “war on drugs.”  Though the Navy plans to eventually be using 168 of the drones, the current number of robot helicopters appears to be well below that figure.

Why the military would suddenly want to run with Linux hasn’t been officially disclosed, but the Register theorizes that it might have something to do with the malware issues that have popped up with other drone programs. We’ve already told you about how keyloggers and other pieces of malicious software had somehow found their way into the secure Windows systems in the U.S. used to control drones like the Reapers and Predators flying over Afghanistan. Though there appeared to be no danger, it was a wake-up call for the armed forces, and this may be the Navy’s response.

This will probably make some Linux fans out there pretty pleased, seeing their darling OS being used for such high profile activities. However, I have to wonder what Linus would have to say about all this.